Just days after a successful World Games competition in Poland, South Africa’s top tumbling and trampoline gymnast Bianca Zoonekynd can count herself lucky to be alive after a car crash in Port Elizabeth on Monday.

Zoonekynd, 25, ended fifth in the double-mini trampoline final in Wroclaw, and seventh in the tumbling discipline. She also took part in the previous World Games in Cali, Colombia four years ago.

True to her caring nature, Zoonekynd was on her way to console a friend who had in turn received some bad personal news of her own.

The accident happened around 15 kilometres from the family home in Theescombe.

‘We think she swerved for a buck and lost control,’ said mom and coach Mandy.

‘The car rolled about four times but she was flung out of the car.’

Zoonekynd is recuperating in hospital with two broken ribs and a punctured lung and there’s no doubting her years and years of fitness and flexibility training stood her in good stead in her time of need.

The Zoonekynd family are no strangers to tragedy, the family house having been razed to the ground two years ago. 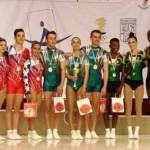 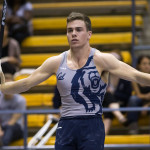 Quartet get rhythmic in Japan

By GARY LEMKE in Tokyo On the third day of staying in the Paralympic village bubble “it” finally dawned on me. “It” wasn’t the sheer visual aspect of the 4 000-plus Paralympians with disabilities all in the same environment of towering 17-storey apartments and surrounded by a 4km perimeter fence. Admittedly, that is the initial and most common conclusion of… END_OF_DOCUMENT_TOKEN_TO_BE_REPLACED