The last SA male to win the prestigious title was Derrick Lotz, 37 years ago in Brig, Switzerland.

Zoonekynd’s achievement is a classic comeback tale after a bad car crash saw her land up in hospital with broken ribs and a punctured lung just three months ago in her home town of Port Elizabeth.

But the feisty 25-year-old put all of that behind her on Sunday to take the global title with a gritty display.

She went into the finals as second best qualifier behind Russia’s Polina Troianova but the final scores reflected a resounding victory for the South African. 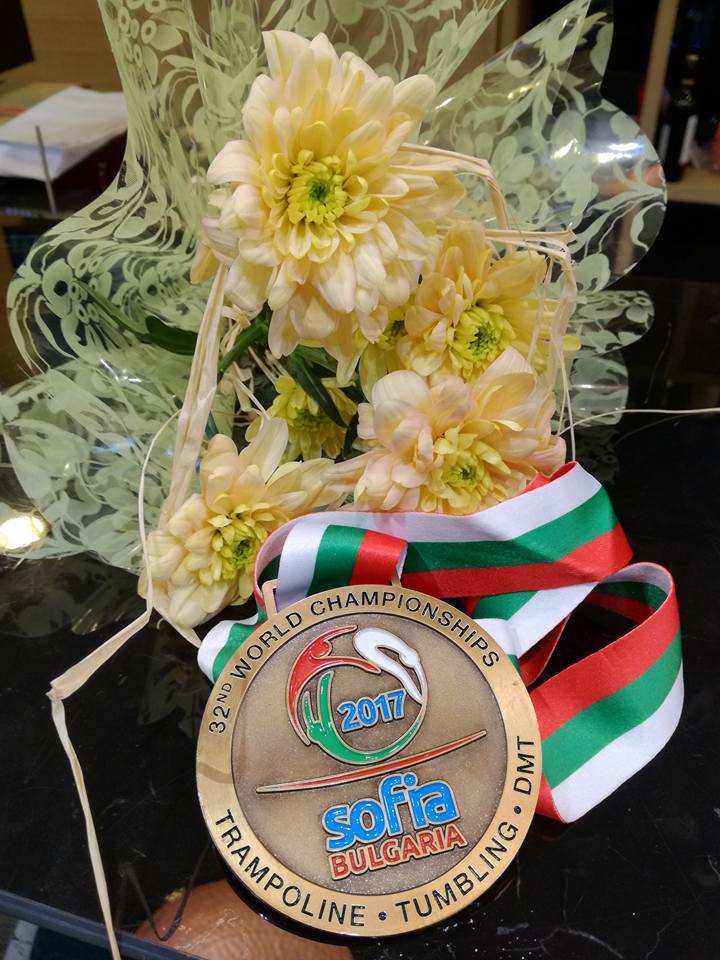 ‘I still can’t believe it… it hasn’t sunk in yet,’ Zoonekynd told Team SA on Monday morning, after a night where there was no time for sleep and with the post-competition adrenalin still pumping.

‘Standing on the podium and having our anthem played is like no other feeling.’

Describing the day’s build-up to her golden performance, she said: ‘I never expected to do it but I had a solid training session in the morning and then a solid warm-up for the final.

‘I just think I was meant for so much more and finally I found it. After so much bad luck [the family’s house was also razed by fire two years ago] I finally became world champion. Who would have thought?’

Zoonekynd had come oh so close to gold, winning silver medals in 2010 and 2011 before ‘messing up’ at the same Sofia venue four years ago.

‘I got my record difficulty for one routine here and this time I’m world champion.’

Going on to describe her final she said: ‘My first pass was solid and I stuck it in the block, second pass I collapsed a bit but still did a good routine and again landed in the block, so I was happy.

‘I could have done better and done bigger routines but I didn’t need them.

‘It was a tough comp and all the girls jumped so well.’

Victory didn’t come in pain-free fashion though. ‘My ribs are sore now and I’m really ready for a holiday.’

But there’s no time for holidays just yet. ‘I must get back and run the gym on my own now while my brother and mom [and coach, Mandy] are here for the juniors next week and then I have also got to work on our end-of-year display which takes place on 1-2 December – and then I can relax.’

Tokyo looms, again, We don’t know for sure in what shape of form the Olympics and Paralympics will take place in July to September and if anything 2020 taught us to take nothing for granted. What we do know is that if Tokyo 2020 +1 does go ahead, it will do so against a new-found back drop where simply taking… END_OF_DOCUMENT_TOKEN_TO_BE_REPLACED