It’s business as usual for South African athletes… for the time being.

While Athletics South Africa was suspended by Olympic governing body SASCOC on Friday, athletes are able to compete in International Association of Athletics Federations sanctioned events.

This is until SASCOC has received a response from IAAF on ASA’s suspension.

SASCOC president Gideon Sam says until the IAAF response they will not take action. “They can enter IAAF events until such time as the IAAF recognises our suspension,” Sam said.

“SASCOC have sent the IAAF a letter, informing them that ASA has been suspended, and we are waiting for them to get back to us.”

Sam was speaking after ASA had yesterday named a provincial team to compete at the World Cross Country Championships in Bydgoszcz, Poland in March, next year. 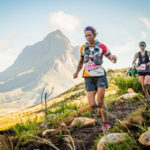 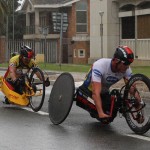 Yet another victory for Paralympian Van Dyk

Tokyo looms, again, We don’t know for sure in what shape of form the Olympics and Paralympics will take place in July to September and if anything 2020 taught us to take nothing for granted. What we do know is that if Tokyo 2020 +1 does go ahead, it will do so against a new-found back drop where simply taking… END_OF_DOCUMENT_TOKEN_TO_BE_REPLACED