The dramatic new route of the event will be as challenging as previous years. The race, the biggest of its kind in the world, will offer both local and international mountain biking enthusiasts the opportunity to participate in an eight day mountain bike race of 707 kilometres up approximately 14 550m of climbing, which again ends at its traditional Lourensford Wine Estate finish.

Sauser, 34, who has been racing professionally since 1993, won the 2006 Absa Cape Epic with fellow Swiss rider Silvio Bundi. It will be the fourth consecutive year that he races with Stander as team Songo.info. Sauser lives in a village in the Alps in Switzerland, and spends at least two months training in Stellenbosch each year.

Sauser has participated in the Absa Cape Epic every year since 2006 and says he really enjoys this event. ÔÇ£It’s a big race to win, and I love stage racing! It creates stories, rivalry and friendship over so many days. It’s tough and a win is worth so much more compared to a one day race. Plus, the Cape Epic is so well organised with big hype surrounding it, and we ride through beautiful┬álandscape. Stander adds that ÔÇ£we would like to win. Also, it’s become the most important mountain bike race in South AfricaÔÇØ.

Sauser reckons they make a great team because they naturally have a winner mentality. ÔÇ£We also get along very well, we’re balanced and we have an excellent support teamÔÇØ. Stander says that they understand each other. ÔÇ£We’re both mentally tough or┬ástubborn as most would call it.ÔÇØ

Finishing in second place last year, Sauser says that they were naturally disappointed. ÔÇ£When we’re at the start, of course we want to win. Our nine stage victories over the last three years were a very nice substitute though! As always, we’re very confident this year. But with confidence and fitness you can probably win a swimming race, not the Cape Epic! So many unexpected things can happen to anybody. We’ll just keep our fingers crossed.ÔÇØ

Says Stander: ÔÇ£Second is the first loser, but we’re still grateful. We had some serious luck issues in this event but have also enjoyed some awesome success.ÔÇØ

They do not specifically train together. ÔÇ£We ride together in between races and spend a lot of time together having something to eat, at airports, in planes and hotels all over the world.ÔÇØ Sauser reckons one has to be really fit in order to complete the Absa Cape Epic. ÔÇ£There’s just no math to it! But most of the time, if I had a bad day the next one is good again. I personally think this is a big mental thing. When I somehow have the feeling this is going to be an easy day, I’m not prepared to suffer and sure I am going to ‘bite’ into my handle bar for hours.ÔÇØ Burry advises that one must also try to have fun during the race.

Stander trains 10 to 25 hours per week. ÔÇ£I also do some core strengthening. My diet is quite balanced. I try to stay away from junk food but I have a major chocolate problem. And of course, I take supplements.ÔÇØ

Sauser’s advice to young athletes is to ÔÇ£measure yourself on your improvements, stay balanced and go your own way – the way you think it works best for you. And by the way, don’t look at me as a role model, I’m just like you.ÔÇØ┬á His fondest memory of the race is to be greeted by the Songo kids and friends at Lourensford. ÔÇ£It’s really cool! You can see the kids are having fun, and they want to participate one day as well.ÔÇØ For Stander it was his first stage win in 2008.

Sauser loves outdoor activities, especially in the mountains. ÔÇ£Riding my enduro bike in the Alps, back-country skiing in the winter are my highlights, but when I’m tired from all the training for the new season like right now, I prefer to sit under my aircon and answer the media’s questions.ÔÇØ

As for the future he says later in the year, he would like to win another World Championship title, and stay consistent on top of his game. As for Stander he’d like to be the cross-country world champion this year. 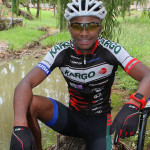 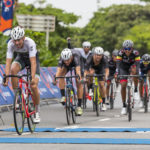 Basson blasts to second win in a week!

Tokyo looms, again, We don’t know for sure in what shape of form the Olympics and Paralympics will take place in July to September and if anything 2020 taught us to take nothing for granted. What we do know is that if Tokyo 2020 +1 does go ahead, it will do so against a new-found back drop where simply taking… END_OF_DOCUMENT_TOKEN_TO_BE_REPLACED