World and Commonwealth Games champions Caster Semenya and Luvo Manyonga will lead the Diamond League finals charge on Thursday and Friday, as part of a large South African contingent taking on the global elite in Zurich, Switzerland.

At the first meeting of the two-leg series final on Thursday night, eight SA athletes will be in action.

Semenya has opted to focus on the 800m contest, after qualifying for the 800 and 1,500m finals. She will target her third straight Diamond League season title over the two-lapper.

Having earned the Commonwealth Games and African Championships titles this year, she will be confident of retaining her Diamond League crown before closing out her season at next month’s IAAF Continental Cup in Ostrava, Czech Republic.

Manyonga, meanwhile, will be eager to prove he is still the best long jumper on the international circuit.

Even though his Cuban rival Juan Miguel Echevarria is not on the start lists, Manyonga will line up against compatriot Ruswahl Samaai, who edged him to retain the African title in Asaba, Nigeria earlier this month, and this promises to be an exciting battle.

On Thursday, national record holder Carina Horn goes off in the women’s 100m race, SA champion Luxolo Adams lines up in the men’s 200m, Pieter Conradie is in the 400m, and experienced 400m hurdlers Cornel Fredericks and Wenda Nel are in the one-lapper.

Sprinter Akani Simbine will be the only SA athlete chasing a Diamond League title at the second leg of the finals in Brussels, Belgium on Friday. Simbine, who has produced consistent performances throughout the 2018 campaign, will contest the 100m men’s race.

Though Nel is also on the start list for the Brussels meeting, the 400m women’s hurdles race is not a Diamond League discipline and she will compete in the pre-programme.

* Event does not form part of Diamond League series

Bailey and Brimble win stage one of AfricanX 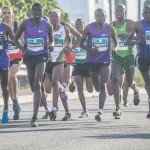 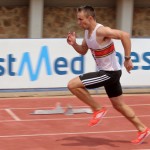