A month out from the first Yellow Pages track and field meeting of the year, it’s still unclear when world 800-metre champion Caster Semenya will compete again.

Semenya, cleared to run in July last year after a lengthy gender investigation, made a brief comeback and her best time since her comeback was 1min 58.16sec, a time only bettered by five athletes during the year.

However, she missed the Commonwealth Games in New Delhi, India due to a lower back injury.

And this week coach Michael Seme said she’s struggling with the same injury. Seme told Beeld newspaper: ÔÇ£For me as coach it’s important that she does not take unnecessary risks. That is why we are waiting for the doctor treating her to say when she can start participating again,ÔÇØ he said.

ÔÇ£That is the reason that we have not yet decided in which Yellow Pages meetings she will participate.ÔÇØ

A fit Semenya is probably one of few local athletes in with a realistic chance of winning a medal for South Africa at the World Championship meeting in Daegu, South Korea at the end of August. 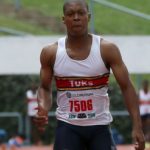 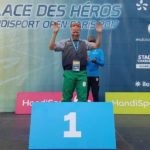 Rushing Langenhoven gets gold in France

Tokyo looms, again, We don’t know for sure in what shape of form the Olympics and Paralympics will take place in July to September and if anything 2020 taught us to take nothing for granted. What we do know is that if Tokyo 2020 +1 does go ahead, it will do so against a new-found back drop where simply taking… END_OF_DOCUMENT_TOKEN_TO_BE_REPLACED