South Africa’s BMX Olympian Sifiso Nhlapo had an awesome weekend at the fifth and sixth rounds of the European Championships in Creazzo, Italy.

Going into Round five ÔÇ£SkizoÔÇØ (as Nhlapo is known) was 16 points behind Netherland rider Raymon Van der Biezen and was hoping to take the championship lead by the end of the weekend after round six.

Saturday could not have turned out any better for the MTN Bmx rider as Nhlapo won every moto, the quarters, semi and then the final with dominating rides. With Van der Biezen not making the final and Skizo winning this put him in the overall title lead after the fith round.

Said an elated Skizo: ÔÇ£The track was very, very technical and been catching everyone who was not 100% percent focused. Today seemed to be one of those perfect days where I just nailed every lap.ÔÇØ

Fellow South African Dean Holdstock has joined Sifiso for the last four rounds and said, ÔÇ£after rounds three and four I thought this weekend was going to be better, arriving at this track I knew I had a large task ahead of me as it was really technical. I just managed moto’s again this weekend but the experience is coming and hopefully shortly I will join Skizo in a final.ÔÇØ

Sunday’s round six brought back the massive crowds, good sunny hot weather and the stage was set for an exciting race. Skizo new it was going to be tough and had to ride smartly, but not all was as smooth and textbook perfect as the previous day

He started the day with a second in the first moto and then notched up the pace in the second moto with a first until disaster struck in the third moto.

After the pro section Skizo went down and got up quickly to finish in sixth position. With the good results in the previous two motos he still went through to the one eighths which he won just to make sure he was still on top of it.

Through the quarters and semi Skizo rode a safe two heats giving him some time to re-charge for the most important lap of the day, the final. Nhlapo was out the blocks and steaming down the first straight to resume the only position that he knows and that’s being out front. With another perfect lap Skizo made it four straight wins in a row and extending his series lead.

A tired Skizo said after the final, ÔÇ£Four straight wins in a row! They have said the only other person to do that was Rob Van den Wildenberg some years back. I just need to keep my head together now and stay focused for the rest of the year.ÔÇØ

When asked about the first round of the Supercross UCI World Cup next weekend in Copenhagen, Denmark which will have the top Americans, Olympic and World Champion attending Skizo answered: ‘I’m not going to lie to you I’m pretty tired now as I have raced and been traveling for four straight weeks which takes its toll on us.’

‘I will give it my best shot there and then have a two- week break before rounds seven and eight of the Europeans which is my main focus now to win the European Championship.

‘The SX in Copenhagen is also going to be really tough as there are a lot of the other countries whose federations are already starting their Olympic programmes for their juniors and sending a lot of them to the race, and when you are younger all you want to do is be out front, no matter what it takes, so we might even have some surprises in the finalÔÇª..I have learnt a lot from last year and hopefully experience will help me out.ÔÇØ 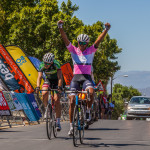 Ashleigh ends on a high

Tokyo looms, again, We don’t know for sure in what shape of form the Olympics and Paralympics will take place in July to September and if anything 2020 taught us to take nothing for granted. What we do know is that if Tokyo 2020 +1 does go ahead, it will do so against a new-found back drop where simply taking… END_OF_DOCUMENT_TOKEN_TO_BE_REPLACED