It was a case of call back the past when Latvian Maris Strombergs and Briton Shanaze Reade reclaimed the UCI BMX World Championship men’s and women’s titles respectively in Pietermaritzburg on Saturday ÔÇô but the real hero for the partisan South African crowd was men’s runner up Sifiso Nhlapo.

For the local crowd the men’s final result was a bitter sweet conclusion to the day’s racing as they celebrated Nhlapo’s silver medal with the thought about how close he came to pulling off the biggest upset of the year on the world BMX circuit.

For Beijing Olympics finalist Nhlapo it was simply another step on his tough journey to glory. After finishing third in the 2008 World Championships, Skizo as he is known was forced to watch the 2009 World Champs after he broke his neck in a horrific training crash. So to end second is a step forward and victory in 2011 would simply be the continuation of a progression.

Strombergs was without doubt the deserved winner and he was never headed in a frenetic day of racing that saw an unhealthy sprinkling of thrills and spills on the purpose-built track at the Royal Showgrounds.

Frenchman Joris Daudet claimed the bronze medal in the men’s event after pre-event favourite Sam Willoughby went down in a big crash on the first corner.

Reade regained the world title when she outrode the opposition from the start ramp by powering to the hole shot, although she was given a bit of help when her biggest challenger, Frenchwomen Laetitia le Corguille slipped a cleat and was left off the pace from the start.

New Zealand’s Sarah Walker claimed the silver and American Alise Post the bronze medal but neither ever came close to the fast-starting Reade.

Nhlapo spent all day chasing 2008 World and Olympic Champion Maris Strombergs after the two were coincidently drawn together in the heats, quarter-finals and semi-finals, but only the most partisan South Africans would begrudge the Latvian his victory after he went throughout the day unbeaten.

In the junior women’s final, Netherland’s Merle van Benthem grabbed the hole shot and beat off the challenge of American Brooke Crain and Australian Melinda McLeod.

The junior men’s race was loaded with drama as US favourite Connor Fields went to the front as expected and looked to be on his way to an easy win, but he took the rhythm section too fast and crashed heavily, allowing Frenchman Slyvian Andre to grab the win from Kristers Lejins (Latvia) and Twan van Gendt (Netherlands).

In the semi-finals there was not shortage of drama with favourites crashing out and the home country hero Nhlapo producing arguably the ride of the competition to snatch a place in the final after a disastrous start.

In the second men’s semi, the home crowd were devastated when Nhlapo went into the first corner seventh, but he dropped down low and came out fourth. Then, on the second last straight it looked as if the effort had proved too much and the young South African dropped briefly to fifth before overtaking Argentinian Ramiro Marino for a second time to grab the final spot in the final.

Earlier there was heartbreak for a few top contenders as crashes and bad luck robbed the finals of some of the potential champions.

In the junior men’s event, American Corben Sharrah had looked unbeatable with three wins in his heats and victory in his quarter-final, but in the semi-final he crashed heavily on the second straight while lying second and looking good for a place in the final. As if that was not enough, Brazilian Hugo Osteti, who moved into third when Sharrah crashed, then went down with a place in the final certain 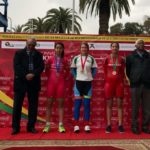 Spies and Smith clean up for SA at African champs 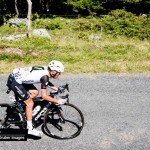 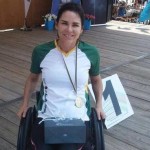 Justine races to double gold at World Cup in Italy