Gatlin clocked 10.03sec at the 57th staging of the popular meeting, where Olympic sprint legend Usain Bolt was a regular performer.

The winning time was exactly the same as Simbine’s Commonwealth gold run two months ago.

There were two more medals for South Africa in the long jump.

After going unbeaten for more than a year, Commonwealth champion Luvo Manyonga has now been denied gold in his last two meetings.

And on this occasion the South African again had to play second fiddle as the Cuban won with a world-leading 8.66m. Manyonga leapt 8.31m and fellow Commonwealth Games team member Ruswahl Samaai took bronze in 8.15m.

Jerry Mosau started the men’s 3000m but failed to finish as Ethiopia’s Selemon Barega won in 7:37.53. 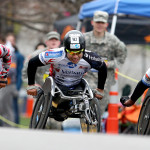 Van Dyk hoping for a dry run in London Marathon 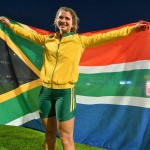 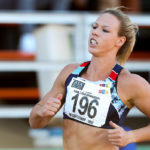 Frustrated Horn looking to make up for lost time