Round One of the Yellow Pages track and field series came and went at Coetzenburg Stadium in Stellenbosch on Tuesday night.

Some of the country’s top athletes also came to run but went home with no Olympic qualifying times for the London Games later this year.

On a night when the wind also stayed away and balmy weather made┬á conditions perfect for competition, there were nevertheless some encouraging performance.

But, as the king of South African middle-distance running, Johan Fourie, said afterwards, it’s no easy task. “You simply have to have pacemaking if you want to run those sort of times. I think my best time without pacemakers was about a 3:36. Pacemaking is worth at least three or four seconds in a 1500m.”

He set off like a scalded hare and had some good company in the form of Zambia’s Jacob Araptany up front. But then race rustiness set in.

“I started hard but then relaxed a bit and lot rhythmn and then got going again,” said Ramolefi.

“Still, it was my first steeplechase since September last year so to get so close to qualifying made me very happy. I really feel that the shape I’m in right now I could go out and race again in two days time and run sub 8:20. My next race will be national champs in Port Elizabeth next month.”

Asked about his Olympic chances, Ramolefi said: “I have to believe. There’s no point in trying to qualify if you don’t believe you can win a medal.”

The men’s 5000, despite the rampant Kenyans not staying on after Sunday’s Africa cross-country championships, saw an excellent race.

Gladwin Mzazi ran the sixth fastest time yet by a South African, 13:24.50, but it was still outside the A-Standard Olympic time of 13:20.

Elroy Gelant, who was our second-best finisher at African championships on Sunday, was second in 13:25.98, less than a second outside his personal best.

“I maybe started a bit fast and my hamstrings really felt it after a while,” said Gelant. “Still, i think I can go faster if I rest up and train specifically for the track. I’ll run the second leg of the series in Potchefstroom on Saturday but probably only the 800m to get some speed.”

On the women’s front there were scant indications that Olympic qualifying marks are going to be threatened right now.

But Wenda Theron’s 56.25 win in the 400m hurdles gave the All-Africa Games silver medallist hope with a B-standard qualifier.

A sad note saw 800m Olympic hopeful Mapaseka Makhanya making the trip to the Cape in vain. Her bag was stolen in the warm-up area and with no shoes left to run it was a case of not starting.

At least the series is up and running though, now it just needs the athletes to come to the party and start performing.

There was at least one SA record on the night, albeit in the little contested 3000m walk event, which saw Pierre de Villiers post a fine 11min 24.02sec. His victory eclipses the 11:27.2 set by Chris Britz in Pretoria 23 years ago. 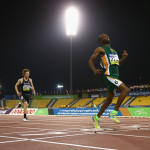 First day without medals for SA at IPC World Championships 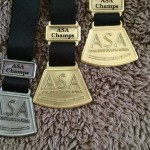 Mokoka the master as he breaks 20-year-old track record

Tokyo looms, again, We don’t know for sure in what shape of form the Olympics and Paralympics will take place in July to September and if anything 2020 taught us to take nothing for granted. What we do know is that if Tokyo 2020 +1 does go ahead, it will do so against a new-found back drop where simply taking… END_OF_DOCUMENT_TOKEN_TO_BE_REPLACED