The 27-year-old went into the day five shots behind joint leaders Juran Dreyer and Stuart Smith after opening with a two-under 70, but he birdied three of the first five holes to hit the front.

Spacey collected a fourth birdie at the seventh but gave it back at eight to turn five-under. A brace of birdies at 13 and 14 saw him sign for a five-under-par 67 and the overall lead on eight-under 137.

‘The wind blew really hard today, which explains the scores,’ Spacey said. ‘I made a solid par to start with. I hit driver, 5-iron at the par five and two-putted for birdie to get the round going. On the fourth hole, I hit a wedge to the middle of the green and holed a 35-footer to go two-under.’

Spacey hit a 4-iron just short of the green at the par five fifth and got up-and-down for birdie.

‘I hit lob-wedge into seven and holed a five-footer,’ he said. ‘I was a little irritated when I three-putted the eighth, though, after playing the first seven holes really well in the strong wind.

‘I played really solid. I hit every green on the front nine and only missed one green on the back nine in some tough conditions. The putting was okay, but I needed a few more to drop. I’m hitting it very nicely and hopefully I putt just a little better on Wednesday. It should be a good test.’

The former IGT Challenge Tour winner graduated the country’s premier golf development circuit in 2017, but lost his Sunshine Tour card at the end of his rookie season.

‘It was a tough year, but the whole experience was really good,’ said Spacey. ‘The learning curve was enormous. I realised I needed to get a lot tougher mentally to survive and that’s why I invested a lot in my mental game this year.

‘In retrospect it was a really good thing that I lost my card. The Big Easy IGT Challenge Tour is my way back to the Sunshine Tour. I’ve worked really hard with my coaches at the HPC Tuks Golf Academy and in particular with sport psychologist Theo Bezuidenhout on toughening up the mental side of my game.

‘The last few weeks I’ve produced some good scores for three rounds and I feel a lot more positive and confident about my game. I have this week and three more tournaments to make sure I finish in the top 10 in the Road to Sunshine Tour to get my card back, so if I can produce a good round and win tomorrow, I’ll be inside the top 10. That’s where I want to be.’

To lift the trophy, Spacey will have to stave off the challenges of his nearest pursuers. 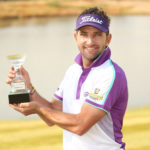 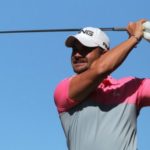 Harvey in seventh heaven at Zimbali 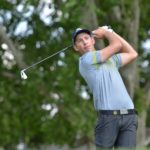 Favourites Southern Cape to the fore at SA Inter-Provincial

Tokyo looms, again, We don’t know for sure in what shape of form the Olympics and Paralympics will take place in July to September and if anything 2020 taught us to take nothing for granted. What we do know is that if Tokyo 2020 +1 does go ahead, it will do so against a new-found back drop where simply taking… END_OF_DOCUMENT_TOKEN_TO_BE_REPLACED