The surfski community in St Francis in the Eastern Cape has jumped at the opportunity to add a surfski downwind race to the weekend of SA flatwater marathon canoeing races, and their ski race has been awarded the national single championships rights.

Canoeing South Africa rubber-stamped the China Silver Asset Management SA Surfski Championships sponsored by the World Surfski League on 10 October as the SA S1 Champs which will see the country’s best ocean racers battle it out for the national single ski titles.

The surfski championships form part of the P.W Harvey & Carey Olsen St Francis Paddle Fest 2020, giving paddlers three consecutive days on which they can challenge for national honours, with the surfski race preceding the K1 and K2 flatwater marathon canoeing racing on the St Francis estuary on 11 and 12 October.

This year’s national ocean racing showdown will be hosted by the St Francis Paddling Club. China Silver Asset Management World Surfski League Director of Operations Russell Sadler is looking forward to being able to throw support behind the event and also to be able to stage a national championship during the pandemic.

‘The course is set to be between 15 and 22km long depending on weather and surf conditions,’ said Sadler.   ‘The main focus of the organising committee will paddler enjoyment and with that in mind course director Daryl Staples has mapped out a number of courses relating to the conditions to be expected at this time of year.  ‘

Not only does the variation in course promise to entice paddlers from around the nation to the event, the sponsors have promised to make the event a memorable one,’ Sadler added.

As one of the strongest nations when it comes to ocean racing, the South African national championships will attract a stacked field in both the men’s and women’s races. 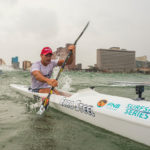 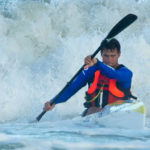 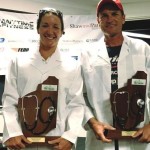 Ace SA duo in series triumph Down Under