Kempton Park professional Ockie Strydom strengthened his bid for an 11th victory on the IGT Tour with another superb display in the Waterkloof Challenge, but three-time IGT Tour champion Christiaan Bezuidenhout and rookie Matthew Spacey also stepped up their pursuit in round two at Waterkloof Golf Club on Tuesday.
Strydom began the day with a two-shot lead and a second successive six-under-par 66 helped him move well clear of the field on 12 under 132.
However, Bezuidenhout (pictured above) is gunning for a fourth victory on the country’s premier development Tour and rookie Matthew Spacey is champing at the bit for his first visit to the winner’s circle. A pair of 66s saw the duo pull within three shots of Strydom.
‘It could have been nine or 10 under,’ Bezuidenhout said. ‘I hit a lot of fairways and greens but I missed four birdie putts inside eight feet; if those drop tomorrow, Ockie will have a fight on his hands.’
The former top-ranked amateur made his pro debut on the IGT Tour last year.
Bezuidenhout won the first of his three titles in his second start and his blossoming form propelled him to victories on the Big Easy Tour. He graduated the IGT Tour with the top card at Qualifying School and made an immediate impact when he chased champion Brandon Stone in the final round of SA Open.
‘I’ve had a good season at home and I’ve been able to test the waters on the European Challenge Tour,’ said Bezuidenhout. ‘So much has happened since I first turned pro last March and it’s great to come back where it all started for me.
‘I remember how tough I found that first tournament but the IGT Tour helped me adjust quickly to the pressures of the pro ranks. That’s why I’m back here this week. I took a week off after I came back from the Challenge Tour at the end of June, but now I need to get some form before the Sunshine Tour restarts at the end of July. The IGT Tour is great to get those competitive juices flowing again; you can see from the scores, everyone out here is playing to win.’
Spacey has come close this season with a couple of runner-up finishes. Like Bezuidenhout, the Dainfern golfer also dropped just one shot on his way to 66, but also felt it could have been better.
‘I’ll never complain about a 66, but I definitely left a few out there,’ said Spacey. ‘Overall, I’m striking the ball well and I’m putting well, and if a few more putts drop, I can take a run at victory.’
Strydom, who mixed two bogeys on the front nine with an eagle and two birdies, reeled in four birdies on the homebound loop to put space between himself and his pursuers.
‘The final round will come down to the guy who has the most patience and who holes the most birdie putts,’ said the GFG Academy golfer, hunting a fourth successive victory since a play-off win at Killarney in June.
‘At this level, we play the course, not each other, but I must admit, it’s always more interesting when there are a couple of strong guys chasing you. I love it when there is a bit of pressure; it just helps me to keep sharp and take things shot for shot. Let them come, I’m ready for the challenge.’
Strydom’s stablemate, Carrie Park and amateur Etienne Janse van Rensburg both returned 68s to finish five off the pace, while England’s Gregg Blainey moved to sixth on 138 with a second round 70. 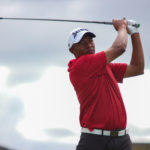 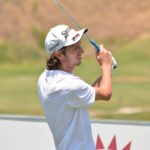 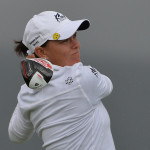 Pace in US as she hunts down a spot in Rio

By GARY LEMKE in Tokyo On the third day of staying in the Paralympic village bubble “it” finally dawned on me. “It” wasn’t the sheer visual aspect of the 4 000-plus Paralympians with disabilities all in the same environment of towering 17-storey apartments and surrounded by a 4km perimeter fence. Admittedly, that is the initial and most common conclusion of… END_OF_DOCUMENT_TOKEN_TO_BE_REPLACED