Both were winners on the night and triumphant in the overall 2018 Diamond League title in their 800m and long jump disciplines respectively.

Semenya was in no mood to mess around as she led from start to finish to stop the clock at 1min 55.27sec. That was after taking the bell for the last lap in 56.06 seconds.

Proof of her dominance was the fact that runner-up, Ajee Wilson of the US, finished more than two seconds adrift in 1:57.86 with the promising Natoya Goule of Jamaica third in 1:58.49.

The first six athletes across the line all dipped under the two-minute barrier. 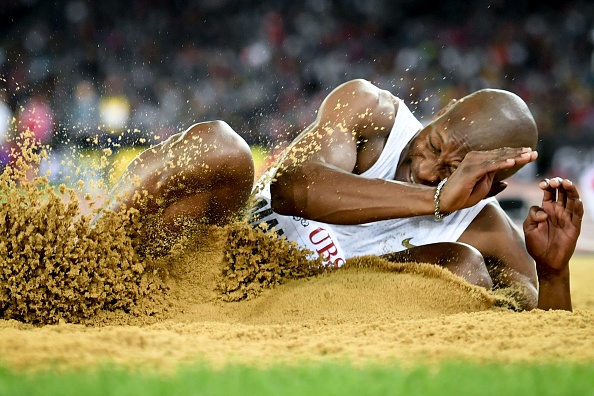 As for Manyonga, the Commonwealth Games champion had a great battle with compatriot Ruswahl Samaai as the two took gold and silver respectively.

Manyonga had laid down the marker with an opening effort of 8.32m but Samaai stepped up to the plate to draw level with two rounds left to jump.

That’s exactly the sort of motivation and challenge Manyonga thrives on and he pulled out a winning effort of 8.36m with this final jump. Australia’s Henry Frayne was third with 8.16m on the night.

Semenya and Manyonga’s bank accounts swelled very nicely, to the tune of $50,000 as reward for their season-long Diamond League efforts.

Eight South Africans were in action on the first night of the finals, with Brussels, Belgium on Friday being the final action where Akani Simbine will go in the 100m.

Best of the rest on Thursday was Cornel Fredericks who took fourth in the 400m hurdles. The 2014 Commonwealth Games champion is slowly starting to find his form again and just dipped under the 50-second mark with a time of 49.96sec as British Virgin Islands athlete Kyron McMaster won in 48.08.

There were three seventh-places and an eighth place for the other South Africans.

Pieter Conradie brought up the rear of the field in the 400m with a time of 47.37sec as American Fred Kerley won in 44.80 as favourite Steven Gardiner of Bahamas pulled up injured in the finishing straight.

And in the men’s 200m, rising Eastern Cape star Luxolo Adams was also seventh in 20.51sec as American talent Noah Lyule won in an impressive 19.67.

Semenya’s female compatriots, Carina Horn and Wenda Nel, were seventh and eighth respectively in the 100m and 400m hurdles.

Nel will be in action again in Brussels on Friday night, as part of the pre-programme, with the 400m hurdles not a Diamond League event.

PHOTO: A happy Semenya celebrates with her Diamond League trophy, and Manyonga in action, by Fabrice Coffrini/AFP/Getty Images) 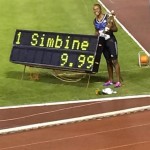 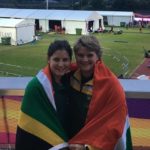 Hayes hangs up her spikes with a final silver for SA