Shane Sykes has been named captain of the 12-strong South African junior team which gets its campaign underway for individual and team honours at the 2015 VISSLA ISA World Junior Surfing Championship at Oceanside, California on Monday.
The team, managed by Isaac February and coached by Greg Emslie and David Malherbe, arrived in California late last week and has enjoyed excellent waves and conditions at the Oceanside Pier, venue for this year’s event.
With over 320 competitors from 36 countries participating, this is the biggest edition of the annual contest since the ISA Junior Championship was inaugurated as a stand-alone event in Durban in 2002. After finishing eighth, sixth and seventh in the last three years, the SA team event will be going all-out to emulate the glory days of 2011 when they finished second to hosts Peru in the team standings and returned home with four medals.
The opening ceremonies were held on Sunday. First all the teams marched down the boardwalk to the Junior Seau Oceanside Pier Amphitheatre in the colourful Parade of Nations. That was followed by the stirring Sands of the World ceremony where participants from each nation added sand from their home beaches to a special glass receptacle to symbolise the peaceful gathering of the nations of the world through surfing.
The participants were welcomed at the amphitheatre by the Dancing Cloud Singers from the San Luis Rey Mission playing ceremonial drums before speeches from dignitaries and ISA President Fernando Aguerre officially declared the event open.
The event consists of national teams made up of four Under-18 and four Under-16 boys along with two Under-18 and Under-16 girls. They compete for individual honours with the top four finishers in each division being awarded gold, silver, bronze and copper medals at the closing ceremony next Sunday.
The national team accumulating the highest points tally from the final results of all its members is awarded the ISA World Junior Team Champion Trophy and holds bragging rights as the world’s top junior surfing nation until the next edition of the event.
The top eight nations from the previous year’s standings also compete against each other in the exciting ISA Tag Team event. A selection of four boys and one girl compete in a relay style competition with each competitor having to ride two waves before returning to the team box to tag the next surfer within a specified time limit.
The opening day of competition will see Rounds One of the U18 and U16 boys in action. Sykes (U18 boys) and Joshe Faulkner (U16 boys) will be the first South Africans to take to the surf when they compete in their respective divisions.
The event is run simultaneously on dual podiums on the North and South sides of the Oceanside Pier. The contest uses a double-elimination format with the top two in each heat advancing to the next round of Main stream.
The third and fourth placed surfers drop into the cut-throat Repercharge stream where they compete in almost double the number of heats, but can advance all the way the Grand Final in their division provided they do not finish outside the top two in any further heat. 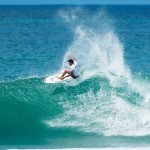 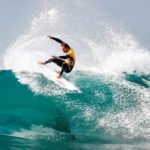 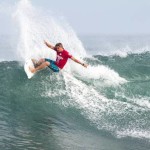 SA aces of the waves in Cape town action

Tokyo looms, again, We don’t know for sure in what shape of form the Olympics and Paralympics will take place in July to September and if anything 2020 taught us to take nothing for granted. What we do know is that if Tokyo 2020 +1 does go ahead, it will do so against a new-found back drop where simply taking… END_OF_DOCUMENT_TOKEN_TO_BE_REPLACED