The bulk of Team South Africa have arrived here in Gold Coast, Australia and are super excited to ‘share the dream’, the 2018 Gold Coast Commonwealth Games motto. MARK ETHERIDGE reports from the Gold Coast.

After Monday night’s farewell dinner in Johannesburg, athletes from the badminton, bowls, boxing, gymnastics, women’s hockey, shooting, wrestling and weightlifting codes made the long two-flight trip across the Indian Ocean to the far east coast of Australia.

The swimming, netball and men’s hockey sides were among the first codes to arrive at the Athletes Village where all codes check into the Sunset Resident Centre.

The men’s and women’s rugby sevens sides will be the last codes to arrive for the XXI Games, the fifth time Australia has hosted the event.

The Games swing into action on Wednesday, 4 April and will conclude on 15 April.

Friday afternoon at 4:00pm (Gold Coast is eight hours ahead of South Africa) sees the traditional flag-raising ceremony in the Commonwealth Games Village. 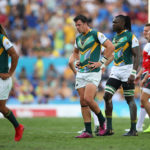 SA Sevens side beaten to bronze as Games wrap up 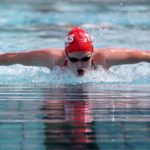