Team SA were in action across six sporting codes on day five of the Youth Olympics in Buenos Aires on Thursday, 11 October. There were good results from Michael Houlie who qualified fastest for Friday’s 50m breaststroke final and Prudence Sekgodiso in the track women’s 800m.

ATHLETICS
Women’s 3,000m: Carmie Prinsloo finished fourth in the first race in 9:18.92, which was a personal best for her.
Women’s 100m hurdles heats: Kayla van den Berg finished third in her heat in 14.10.
Men’s discus, stage 1: Francois Prinsloo threw a distance of 54.07m, which placed him in eighth spot in the first stage.
Women’s 800m: Prudence Sekgodiso finished second in her heat in 2:08.53, which saw her qualify in second spot for the next stage.

HOCKEY
Women preliminary round, Pool A: South Africa vs India. South Africa lost for the second time in their five matches, going down 5-2 to India after trailing 2-1 at half-time. The South African goals were scored by Kayla de Waal and Angela Welham. Team SA meet Australia in Friday’s quarter-final.

SWIMMING
Men’s 100m freestyle: Gabriel Nortje finished sixth in his heat in 51.99, which placed him 26th overall and failing to reach the semi-finals.
Women’s 100m butterfly: Dune Coetzee finished fifth in her heat in 1:01.92, which placed her 12th overall and qualifying for the semi-finals. There she finished sixth in her race in 1:01.29, which left her 11th on the timesheets and missing out on the final.
Men’s 50m breaststroke: Michael Houlie won his heat in 27.99, which qualified him second fastest overall for the semi-finals. There he won his semi-final in 27.33 to qualify for Friday’s final fastest and favourite for the gold medal.
Women’s 4x100m medley relay: Team SA (Dune Coetzee, Christin Mundell, Kate Beavon and Mariella Venter) finished sixth in the final in 3:57.40.

WEIGHTLIFTING
Men’s 77kg: Jayden Pretorius finished sixth overall, with an overall total of 245kg (112kg in the snatch and 133kg in the clean and jerk). 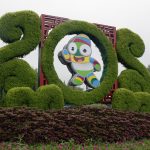 Swimmers fourth and hockey boys go through in China 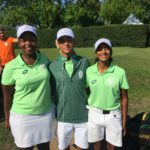 SA Juniors off to solid start in Youth Olympics

Win apiece but it’s tough for SA wrestlers at YOG

Tokyo looms, again, We don’t know for sure in what shape of form the Olympics and Paralympics will take place in July to September and if anything 2020 taught us to take nothing for granted. What we do know is that if Tokyo 2020 +1 does go ahead, it will do so against a new-found back drop where simply taking… END_OF_DOCUMENT_TOKEN_TO_BE_REPLACED