Team bizhub’s Ischen Stopforth showed that she was back to her best after guiding team-mate Lise Olivier to an impressive victory in the women’s section of the Trans Baviaans mountain bike marathon that was contested over 230 kilometres between Willowmore and Jeffreys Bay in the Eastern Cape at the weekend.

They completed the race ÔÇô the longest of its kind in the world ÔÇô in 9:59:01 to finish 11th overall and more than 30 minutes ahead of their closest challengers, Port Elizabeth’s Andrea von Holdt and Gail Willimott. Merrell Outventure’s Catherine Townsend and Heidi Koen completed the podium.

Stopforth, the reigning MTN Series champion, saw her season go up in dust in February after a training accident left her with a fractured pelvis and broken collarbone. ÔÇ£This result now gives me confidence for the rest of the season,ÔÇØ which continues with the fifth MTN Series race in Cullinan on the Highveld on August 28.

The 38-year-old from George in the Southern Cape, who recently took part in the eight-day Trans Alp mountain bike race, said she and Olivier had come to the Trans Baviaans harbouring hopes of victory. ÔÇ£We also had it in the back of our minds to break 10 hours.ÔÇØ

Stopforth said she felt the Alpine race had left her in top form for the first time since her crash and with Olivier winning the Carousel Classic in Gauteng the previous weekend, albeit on the road, they were quietly confident of a good result.

ÔÇ£Our tactics were to stay with the top men for as long as possible to gain an early advantage on the other women’s teams. We were able to stick with them for 30 kilometres and this gave us the breathing space we needed going towards the first checkpoint (at 56 kilometres).ÔÇØ

According to Stopforth, they experienced some ÔÇ£roughÔÇØ patches between the second and fourth checkpoints, with a headwind on this stretch not making things any easier.

They ÔÇ£refuelledÔÇØ and mounted their lights at checkpoint four, situated 142km into the race at Bergplaas, which marks the end of the toughest climbing stretch of the event.

ÔÇ£Mentally the worst is over at that point,ÔÇØ explained Stopforth. ÔÇ£We also had a tailwind from there, which is always welcome at the end of such a long race.ÔÇØ

Stopforth complimented Olivier for making the transition from the road to the mountain bike in such emphatic style. ÔÇ£It’s not an easy thing to do in an event of this nature. She’s obviously a very classy athlete.ÔÇØ

The pair only needed their on-bike lights for the last hour-and-a-half of the race, which has a 24-hour cut-off.

ÔÇ£We were already on the Neverender climb when dusk fell. That is the importance of a quick start ÔÇô it minimises time spent in the dark and therefore risk.ÔÇØ

Stopforth, who completed the event for the sixth time, said they were fortunate enough to escape mechanical problems and punctures and that the decision to use ÔÇ£soft tailsÔÇØ from their bicycle sponsors, Specialized, had paid off. 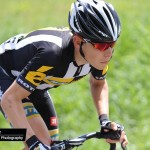 Four SA riders are ready to roll in TDF

Impey back in the local mix

By GARY LEMKE in Tokyo On the third day of staying in the Paralympic village bubble “it” finally dawned on me. “It” wasn’t the sheer visual aspect of the 4 000-plus Paralympians with disabilities all in the same environment of towering 17-storey apartments and surrounded by a 4km perimeter fence. Admittedly, that is the initial and most common conclusion of… END_OF_DOCUMENT_TOKEN_TO_BE_REPLACED