Tjoka crossed the finish line at Mary Fitzgerald Square (Newtown) in an impressive 34min 33sec. ‘I wasn’t able to run as fast as I wanted to due to the windy weather conditions,’ said Tjoka

‘I’ve also just come back from injury and wasn’t sure where my fitness would be at. Glenrose Xaba and I ran together up until the 7km mark before I made a move. I knew that I didn’t have enough speed and that Xaba would be too fast for me at the finish.

‘I entered the Totalsports Women’s Race because I wanted to celebrate Women’s Day with thousands of women,’ continues Tjoka. ‘I also wanted to test my fitness. I’m very happy with my win today. It’s nice to see that my fitness is back. I will definitely be back next year.’ 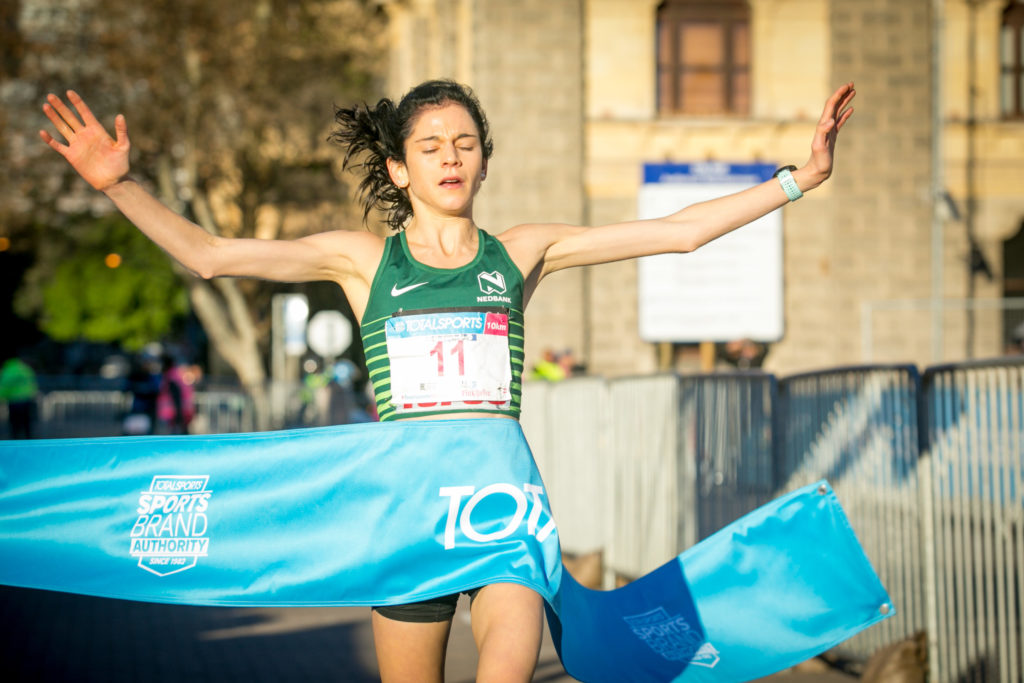 ‘The Totalsports Women’s Race Cape Town was my comeback race,’ said a very happy Bothma. ‘I’ve been in America for the past three years on a full scholarship. While there, I was in two vehicle accidents, after which I decided that it’s time to come home. I have an amazing support system here.

‘Zola Budd was my coach for two years. Now that I’m home I’m training with Bennie Stander. Zola and Bennie have a similar approach to racing. They believe that you must be patient, pick your races and know when to perform.’

‘This is my first 10km race in three years. It was specifically chosen as my comeback race. It’s a really special race. The route was challenging, while the wind was really strong at times. I made my gap at roundabout the 2km mark and managed to keep the lead. My goal was to win.’

‘We’re overwhelmed by the support received from runners and walkers at the 2018 Totalsports Women’s Race in Durban (July), Johannesburg and Cape Town,’ says Patrick Singh, Head of Totalsports Marketing.  ‘All three cities were engulfed by a sea of pink on race day symbolising each entrant’s support of PinkDrive.

‘We at Totalsports believe sport has the power to change lives and can’t think of a better way to celebrate National Women’s Day.  This magnificent support has enabled the Totalsports Women’s Race to donate a total of R75 000 towards PinkDrive. We are thankful to each entrant for making this donation possible and are confident that it will further enable the charity to raise awareness around breast cancer, and spreading the message that ‘Early Detection Saves Lives’.’ 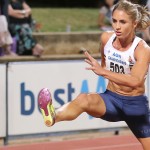 Viljoen back on track