The first chapter of the Yellow Pages athletics series will be played out in Potchefstroom on Saturday afternoon.

And, writes Mark Etheridge, with the track and field scene still being dominated by boardroom brouhaha some actual athletics may just give the sport some much-needed positive attention.

One of the highlights of the meeting will be the match-up between world 800-metre champion Caster Semenya (herself still very much part of the afore-mentioned shenanigans) and current SA champion Mapaseka Makhanya, the latter thankfully only has athletics to concentrate on in Potch.

Semenya, cleared to run by the IAAF in July last year after a lengthy gender controversy, has understandably not been the same athlete on her return to competition, despite some promising efforts later in the year.

She continues to suffer from lower back problems and its a sad reflection of her form right now when coach Michael Seme says a time of 2min 10sec will be good enough for now.

Certainly it seems she’ll need to go quicker than that to beat Makhanya who already has a fourth-placed finish in the national cross-country trials under her belt this year.

In the men’s event our other world 800m champion, Mbulaeni Mulaudzi has set his sights on a time last run 38 years ago in Potchefstroom. Former world recordholder Marcello Fiascanaro ran 1:45.2 on the same track back in 1973 and no-one has gone close since then. At this stage of the season it would take some doing, even for an athlete of Mulaudzi’s pedigree.

Then there’s the trio of Potchefstroom’s three power-throwers in the javelin, featuring Commonwealth champion Sunette Viljoen, against arch-rival Justine Robbeson and the up-and-coming Tazmin Brits.

There’ll also be interest in another rising talent in the shape of Rikenette Steenkamp. The young Menlo Park starlette who boasted three national 100m hurdles titles last year is back from a training trip to the United States and Bahamas, where she clocked a 13.90sec victory.

One athlete who won’t be in Yellow Pages action just yet is Commonwealth Games silver medallist in the men’s 110m hurdles, LJ van Zyl. The Pretoria-based athlete skips Potch in favour of Pretoria.

“My first race will be the Pretoria leg of the series where I’ll run the 400m flat,” he said on Thursday. “And then I’ll start the hurdles at Germiston.”

Van Zyl is confident of his early season form. “I’ve run my fastest 600m and 300m yet in time trials in the last two tweeks so I’m in good shape and should have a good year. I’m also doing rehab work twice a week with my physio to just be pro-active and prevent myself from picking up injuries.” 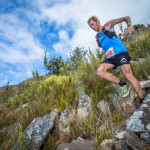 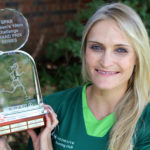 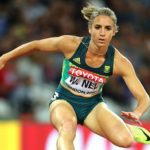 Nel ready for one more big push in Belgium

Tokyo looms, again, We don’t know for sure in what shape of form the Olympics and Paralympics will take place in July to September and if anything 2020 taught us to take nothing for granted. What we do know is that if Tokyo 2020 +1 does go ahead, it will do so against a new-found back drop where simply taking… END_OF_DOCUMENT_TOKEN_TO_BE_REPLACED