Roland Schoeman had to be content with third place in the CWG 50m butterfly Final.

Schoeman, the defending champion and world record holder, swam his fastest time of 23.44 at these Games but it was not good enough to beat England-born Kenyan Jason Dunford, who beat Schoeman three times in succession in the first heat, semi-final and final. Dunford won with a time of 23.35.

Schoeman’s bronze takes him to 10 Commonwealth Medals, one behind Australian icon Ian Thorpe.

Earlier in the day Wendy Trott and Gideon Louw kept South Africa in the headlines.

Trott, 20 years-old and┬á experiencing her second Commonwealth Games, has long been regarded as one of the rising stars of South African swimming. She showed why when cruising into the 800m freestyle final by winning her heat in 8min 34.34sec, a time that ensured she will be in the middle of the pool on Thursday night.

The manner of her performance suggested she still has more to come and there are those who feel she is a strong medal candidate in an event where England’s Olympic champion, Rebecca Adlington (a 8:35.82 qualifier) is the overwhelming favourite.

Louw is another youngster coming through the ranks quickly and he showed a glimpse of what to expect from him in the years ahead by winning his 100m freestyle heat in 49.24, which sees him go into Wednesday night’s semi-finals as the fastest qualifier.

Louw continued his form with a comfortable qualification to the final, which will be contested on Thursday. The South African was impressive in topping the heat charts, ahead of Australia’s Olympic silver medallist Eamon Sullivan (49.79), a time matched by 2007 world champion Brent Hayden (CAN). Graeme Moore qualified ninth quickest.

In the men’s 4x200m freestyle there is a quiet confidence that South Africa can provide a medal ÔÇô bronze perhaps? ÔÇô they reached the final. Chad le Clos, the Commonwealth 200m butterfly champion, swam a 2:05.09 split, comfortably within himself. 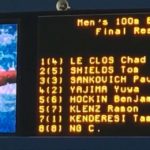 Four golds for Le Clos at World Cup in Doha 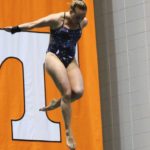