UP-Tuks women’s beach volleyball team have already ticked off one goal on their bucket list this year by winning the USSA tournament.

The USSA final was, in fact, an all UP-Tuks affair as Vanessa Sardina-da Silva and Jaime-Lee Wentzel beat Shannon de Vries and Dominique Gachet to take the gold medal.

To go one better in next week’s Varsity Beach Volleyball Tournament in Durban is the next challenge the team set itself. Last year UP-Tuks lost to UWC in the final. The previous year they also lost in the final. So it’s a scenario of hopefully it being third time lucky.

The players are under no illusions as to what it is going to take and realise they are in for a tough challenge, but UP-Tuks would not want it any other way.

‘To play beach volleyball is not difficult – anybody can do it. However to be competitive means that you’ve got to be able to push yourself deep “into the red” and I don’t mean just physically,’ explained Sardina-da Silva.

‘You have got to think all the time while playing. That’s the tricky part. Everything happens so quickly. So at times, you got less than a second to decide as to where you are going to play the ball.

‘The secret to being competitive in beach volleyball boils down to finding the gap and playing the gap.’

Sardina-da Silva emphasised that good communication between teammates is also of the utmost importance. ‘When your eyes are on the ball, it’s difficult to see what is happening on the other side of the net, but your teammate can. So your teammate has got to call where the ball should go to catch the opposition off-guard.

‘One of the setbacks we have at UP-Tuks is that none of us are very tall. On average female beach volleyball players are 1.80 metres and taller. So our challenge is to make up for what we lack in length with smart play.

Wentzel, who was on the bench for the last year’s final, said fitness is also essential because being just two players chasing a ball on an eight-by-eight metres court on loose sea sand tends to take its toll… as does playing in the heat.

‘What is happening now is part of a four-year plan. We have put an adequately structured program in place to identify talented players, and through a group system, we systematically help players to improve.

‘At first I used to be more involved with indoor volleyball which is an entirely different game to beach volleyball. That’s why I got Vita Nel, a former Olympian, to help the players with the finer intricacies of the game. Her contribution to our success is invaluable.”

Picture of Wentzel in practice action courtesy of Reg Caldecott 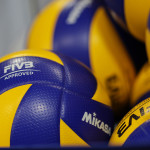 UWC and TUT Pretoria are tops

By GARY LEMKE in Tokyo On the third day of staying in the Paralympic village bubble “it” finally dawned on me. “It” wasn’t the sheer visual aspect of the 4 000-plus Paralympians with disabilities all in the same environment of towering 17-storey apartments and surrounded by a 4km perimeter fence. Admittedly, that is the initial and most common conclusion of… END_OF_DOCUMENT_TOKEN_TO_BE_REPLACED