World 400m record holder and Olympic champion Wayde van Niekerk has been given the green light to resume full training after being released from self-isolation in Italy.

Having fully recovered earlier this year from a long-term knee injury suffered in 2017, Van Niekerk had planned to open his international season at the Triveneto Meeting in Trieste, Italy on 1 August.

He was removed from the start lists as a precautionary measure, however, and was placed in isolation after first testing positive, and then negative, for Covid-19.

Van Niekerk has since received inconsistent results, apparently due to antibodies in his system, though he has been asymptomatic throughout the process.

He has now been cleared to return to the track by Dr Patrizio Sarto at the Medical Sports Institute in Treviso, after two successive negative Covid-19 tests were returned, in line with local health and safety guidelines.

The rest of the In-Site team who are in camp in Gemona, including Van Niekerk’s coach Ans Botha, have consistently tested negative for Covid-19 since arriving in Italy.

‘At this stage we cannot predict when he will be back in top shape as Wayde was in isolation for 25 days, so he has lost a lot of training on the track, which is crucial before his first race back,’ said Peet van Zyl of In-Site Athlete Management.

‘Tannie Ans will use the medical information from the doctor to assess what level he is at, and then build his fitness to where it was before he was placed in isolation. His form will determine the plans for a return to competition.’ 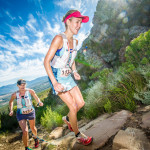 Ruben battles in the wet

By GARY LEMKE in Tokyo On the third day of staying in the Paralympic village bubble “it” finally dawned on me. “It” wasn’t the sheer visual aspect of the 4 000-plus Paralympians with disabilities all in the same environment of towering 17-storey apartments and surrounded by a 4km perimeter fence. Admittedly, that is the initial and most common conclusion of… END_OF_DOCUMENT_TOKEN_TO_BE_REPLACED