Visser, right, who won the IAAF Diamond League meeting in Switzerland in August, was the institution’s standout male performer. His season’s best jump of 8.32m, achieved at that meeting, saw the 24-year-old move into fifth spot on the IAAF rankings.

Aside from defending his national title, the third-year transport management student also jumped his way to gold for UJ in the inaugural Varsity Athletics series earlier this year.

In the women’s category, McCann was awarded the university’s top accolade for a second year in a row. The third-year Bachelor of Science student secured the honours with her lightweight single sculls victory at the world student championships in Kazan, Russia, in July.

McCann, 25, followed this up with an eighth place at the senior world championships. Pictured right, she also added to her medal tally with gold and silver at the senior national champs.

Another big winner on the night was Student-Athlete of the Year Marco Becker, who delivered UJ’s best combination of academic and sporting achievements. The biokinetics honours students scored a 76 per cent average with 28 distinctions over his four years of study. He also captained the Namibian men’s squash team and is ranked as that country’s number one senior player.

In the club category, for non-students, wheelchair tennis player Lucas Sithole was named Sportsperson of the Year.

In August, Sithole became the first African to win the US Open singles title after taking the British Open title the previous month. He also reached the finals of the Daegu and Swiss Open championships this year. 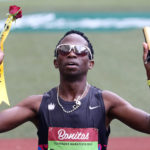 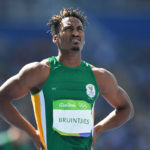