National pride will take precedence when South Africa’s Martin Vorster and three debutants tee off in the 11th Reply Italian International Under-16 Championship in September.

The SA juniors will challenge for the Teodoro Soldati Trophy in the 72-hole Individual Competition at Golf Club Biella le Betulle from 5-7 September.

‘We will also be nominating three players to compete in the 36-hole Nation’s Trophy team event, which is played concurrently with the first two rounds of the stroke play championship,’ Thompson said.

‘International competitive experience is vital to advance and develop the skills of our junior golfers, and we are extremely pleased to take these four top talents to this highly-rated junior international championship.

‘The Italian International Under-16 Championship counts towards the R&A World Amateur Rankings, and annually draws the top Under-16 amateurs from around the world. This year, the organisers received a record of 191 entries from 19 countries. The chance to compete in this championship is a wonderful opportunity for our juniors and they are extremely excited about the challenge ahead.’

The SA juniors will have to pull out all the stops to equal or better the record-setting performance of last year’s quartet.

‘South Africa has been campaigning in the Reply Italian International Championship since it launched in 2006 and last year was the first time that all four juniors finished in the top 10,’ said Thompson.

‘It’s certainly a good goal for this year’s representatives. However, our focus has never been results-driven. The aim is to give these emerging stars the opportunity to experience the international stage in a highly competitive field and at a top-rated international golf course.

‘Testing themselves against the cream of world U16 golf offers them the chance to access their own games and determine which aspects they need to improve on, be it ball striking, course management or the mental side of the game.

‘All four players performed exceptionally well here at home this season, but this will be a stern test for them and we look forward to see how they measure up against the top players from Europe.’ 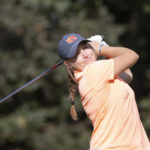 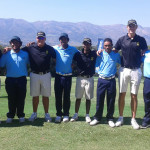 Kamte slips back as Georgiou hits the front in Zambia

By GARY LEMKE in Tokyo On the third day of staying in the Paralympic village bubble “it” finally dawned on me. “It” wasn’t the sheer visual aspect of the 4 000-plus Paralympians with disabilities all in the same environment of towering 17-storey apartments and surrounded by a 4km perimeter fence. Admittedly, that is the initial and most common conclusion of… END_OF_DOCUMENT_TOKEN_TO_BE_REPLACED