Our weightlifters have brought more medals back from the African Youth, Junior and Senior championships in Kampala, Uganda.

In her first international competition, Sinazo Adonis won three gold medals in the juniors and placed fourth in the senior 53kg category.

Then Tlalane Ramarou, also in her first international championships, won three in the youth and three bronze in the junior 63kg..

Luwellyne Phillips was fourth junior and fifth senior, Lyle du Plooy fourth senior, and Jean Greeff took one silver and two gold medals as a junior and two silver and a bronze medal as a senior.

She was not able to take part in the African champs as she underwent an appendectomy six weeks ago.

Aveenash Pandoo was appointed to the Scientific and coaching committee of the Weightlifting Federation of Africa where he will be able to access more latest research in training and also increase the standard further.

Also, at the Weightlifting Federation of Africa congress where Hester Montgomery is our Board member, Hubert Montgomery was appointed to join two other lifelong members from Egypt and Uganda to write about the history of the WFA since its establishment in 1978. 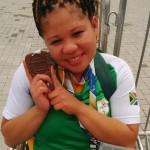 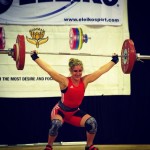 Pretorius lifts personal best on eve of World Champs in US

Mona’s on the move

Tokyo looms, again, We don’t know for sure in what shape of form the Olympics and Paralympics will take place in July to September and if anything 2020 taught us to take nothing for granted. What we do know is that if Tokyo 2020 +1 does go ahead, it will do so against a new-found back drop where simply taking… END_OF_DOCUMENT_TOKEN_TO_BE_REPLACED