Tyler Day, a first-year professional on the Bonitas Medscheme team, captured the biggest victory of his short career when he outsprinted a large bunch to win the Cape Argus Pick n Pay Cycle Tour in Cape Town on Sunday.

Defending champion, Malcolm Lange, also of Team Bonitas Medscheme, finished second in what was the final race of his professional career, while Herman Fouche (DCM) rounded out the podium places in third.

Twenty-one-year-old Day, continued to build his reputation as a fearless fast-finisher, when he left his charge for the line until the last 150 metres. He popped out from behind his teammates and powered down the centre of the finishing straight to secure the 109 kilometre race title a time of two hours 32 minutes and 10 seconds.

Lange, a three-time winner and the defending champion, punched the air with as much emotion as Day did as he crossed the line just centimetres behind his young prot├®g├®.

ÔÇ£We were patient and waited until near the finish to get our leadout going,ÔÇØ explained an ecstatic Day afterwards. ÔÇ£We were happy to let the other teams lead the pack in the last few kilometres. It’s a long lead up to the finish and we didn’t want to use our energy until we needed to.

ÔÇ£My teammates helped get me near the front in the last kilometre and then I sat in behind them when they formed a leadout train for me. It really was a perfectly timed race for us. Malcolm (Lange) is just the best teacher and the team was just amazing!ÔÇØ

The victory was the third in successive years for Team Bonitas Medscheme, an exceptional achievement in the modern era, especially considering three different riders have won South Africa’s most popular race in that time: 2009 Arran Brown, 2010 Malcolm Lange, 2011 Tyler Day.

The common denominator in those wins is 37-year-old Lange, who, with 20 years of top flight racing experience, helped engineer the victories in a race that’s normally considered a lottery due to the mild nature of the route and the relatively short distance.

ÔÇ£What a perfect way to end my career!ÔÇØ beamed Lange. ÔÇ£First and second for Team Bonitas Medscheme, but more importantly, the third year in a row we have won this race and a breakthrough win for Tyler, a hugely talented young sprinter that I have been mentoring. It was an incredible feeling sitting right on his wheel and watching him celebrate his victory. He will win a lot more.

ÔÇ£We rode through the finish a few times in the dark before the race started, working through our race plan. We knew that the MTN team would be eager to control the race so we let them ÔÇô until it mattered most, in the last few hundred metres. I’m proud of my team and believe that I can retire confident in their ability to keep winning important races,ÔÇØ smiled Lange.

ÔÇ£Obviously we are ecstatic! It’s beyond what we expected. Not that I’m undermining the talent of the team, but it’s just such a competitive race and to win it once is hard, but three years in a row is incredible,ÔÇØ said Gerhard van Emmenis, Acting Bonitas CEO. ÔÇ£It’s the perfect way for Malcolm to end his career as a rider and start his new one as a full-time manager. He’s been one of the great icons of South African sport over the past 20 years and Bonitas is proud to be associated with him and his team.ÔÇØ

ÔÇ£We are so excited about the success today. It can take years for a sponsor to derive returns on its investment and within a few weeks, with this amazing victory, the Bonitas brand, which is new to cycling, has gained exposure to a much wider market,ÔÇØ said Yvonne Motsisi, Medscheme Executive Director Group Marketing and Communications.

More than 35000 cyclists enjoyed the sunny, warm conditions in the world’s biggest cycle race. The professional men started first in a large group of 217 riders. Due to the relatively calm conditions, the main pack stayed intact for most of the race. Then at Suikerbossie, a 1.8km long climb out of Hout Bay, a group of 15 riders broke clear.

But with a largely downhill and flat 13km run in to the finish from there, it was always going to be difficult for the breakaway to stick and the main field caught them at Camps Bay with seven kilometres remaining, setting the finale up for a mass bunch sprint.

Cherise Taylor (Team USN) captured the women’s race victory in 2hr 49min 45sec, outsprinting Ashleigh Moolman Pasio (Nashua Toyota) and Catherine Williamson (Team bizhub) who were second and third respectively. Taylor, who earlier this week, was slugging it out in the Tour de Boland, skipped the final stage to save her legs for Sunday — a move that clearly paid off.

The 21-year-old multiple South African champion just managed to pip┬á Moolman Pasio to the line in a thrilling sprint to win the coveted title for the second time in her career.

The women started with the 30-39-year-old Veteran men, which minimised the chances of a tactical race as the pace of the Veteran men is consistently high throughout. The biggest challenge for the women was staying out of trouble in such a large pack.

But Team USN’s Karien van Jaarsveld was one rider unable to avoid a mishap when she crashed after 20km. She wasn’t seriously hurt and managed to remount and continue, but during her tumble, her bike clipped teammate Taylor’s back wheel, causing it to puncture.

Another Team USN rider, Danni Dalton, quickly gave her back wheel to Taylor who was able to continue, eventually rejoining the front of the bunch a few kilometres later. Taylor then realised after another 20km that her rear brake was in constant contact with the replacement wheel and loosened the rear brake tension as a quick fix solution.

Taylor and Moolman were the strongest climbers in the field, both getting away from the rest of the women on the climbs of Chapman’s Peak and Suikerbossie, both in the final 30km of the race. But both times the large bunch reeled them back in to set up a bunch sprint finish.

ÔÇ£Shew, it was an eventful race for me,ÔÇØ said a relieved Taylor afterwards. ÔÇ£It seemed like the odds were really against me today. My teammates were amazing with their support! And I really was quite tired from all of the stress and having to get back to the bunch and the attacks up the climbs. My last bottle I drank was USN Epic Turbo, which is an extreme energy drink and I reckon it definitely helped me at the end.ÔÇØ

Taylor’s misfortune continued right into the finishing straight. But fortunately for her, ended well.

ÔÇ£As I first kicked for the finish my gears slipped and I had to re-gather myself and start it again. In hindsight, it was probably a good thing or I might have started sprinting too early. I caught Ashleigh just before the finish line so timing wise, it worked out perfectly,ÔÇØ smiled Taylor.

This was Taylor’s sixth win in nine days. She won two stages and the overall title at the Columbia Grape Escape mountain bike stage race last weekend. Then she won the first two stages of the Le Coq Sportif Tour de Boland road cycling stage race on Tuesday and Wednesday. And she capped off an intense racing period with victory in the Cycle Tour, South Africa’s most popular road race, on Sunday. 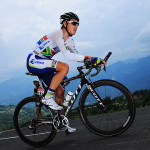 Impey rides to 16th for SA at World Championships

Great World Champs warm up for SA team in Canada

Tokyo looms, again, We don’t know for sure in what shape of form the Olympics and Paralympics will take place in July to September and if anything 2020 taught us to take nothing for granted. What we do know is that if Tokyo 2020 +1 does go ahead, it will do so against a new-found back drop where simply taking… END_OF_DOCUMENT_TOKEN_TO_BE_REPLACED