Michal Kwiatkowski won stage 18 of the Tour de France in La Roche-sur-Foron after spending the last 60km off the front in the company of his Ineos teammate Richard Carapaz on the race’s final day in the Alps.

The pair had an unassailable lead by the time they navigated the gravel atop the Plateau des Glières with 30km remaining, and they were able to sit up and savour their exploit in the finishing straight, where Kwiatkowski eased across the line ahead of his companion.

Wout van Aert (Jumbo-Visma) won the sprint for third – and the remaining 4-second time bonus – after he led the yellow jersey group home at 1:51, and his effort helped to ensure that Primoz Roglic maintains his 57-second lead over Tadej Pogacar (UAE Team Emirates) atop the overall standings with just three days remaining.

In a heartfelt, lengthy, press conference, Kwiatkowski confirmed that for Ineos Grenadiers, a victory, particularly of this kind, after leader Egan Bernal had to abandon, was exceptionally welcome. He said that Carapaz had told him he could have the win and that the victory was dedicated to their late director, Nicolas Portal. 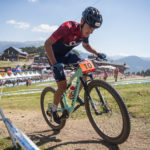 Another top 10 finish for SA’s Hatherly

Tokyo looms, again, We don’t know for sure in what shape of form the Olympics and Paralympics will take place in July to September and if anything 2020 taught us to take nothing for granted. What we do know is that if Tokyo 2020 +1 does go ahead, it will do so against a new-found back drop where simply taking… END_OF_DOCUMENT_TOKEN_TO_BE_REPLACED