Top of our top athletes Johan Cronje and Rikenette Steenkamp are slowly but surely making their comebacks after injury, writes Mark Etheridge.

Both have been sidelined for much of the year with respective knee and hamstring injuries.

But both are back in training and confident of resuming their careers. Cronje, 29, had a knee operation in May and faced a frustrating period of rehab. “I’m still busy picking up the distance and intensity but the good news is that I’m running absolutely painfree again,” Cronje told Road to London 2012.

“I might even run at those December meetings along the coast just to get that competitive feeling again ÔÇô but don’t expect fast times,” warned the multiple SA 1500m champion.

Steenkamp, who celebrated her 19th birthday at the weekend, has a lot more time on her side compared to Cronje but has also been out for a lengthy spell with a badly torn hamstring. “It’s fine now and I’m back at training,” said the 100m hurdles ace. “The leg isn’t back to full strength though so we’re now busy working on making it strong.

“I’m not sure when I’ll be able to race again but we won’t race until I’m 100% ready but at least I’m training well now and really enjoying it.” 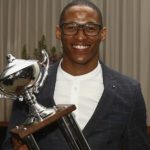 World champ medallist Samaai on prepping like a champion 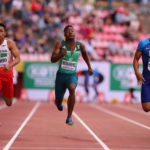 Fourth and fifth for SA at U20 worlds

Tokyo looms, again, We don’t know for sure in what shape of form the Olympics and Paralympics will take place in July to September and if anything 2020 taught us to take nothing for granted. What we do know is that if Tokyo 2020 +1 does go ahead, it will do so against a new-found back drop where simply taking… END_OF_DOCUMENT_TOKEN_TO_BE_REPLACED