Springbok Sevens all-time leading points scorer, Cecil Afrika, is back in the 13-man squad to travel to North America on Saturday where they will contest the next two tournaments of the HSBC World Rugby Sevens Series.

The HSBC Las Vegas Sevens will be played in the Sam Boyd Stadium from 3-5 March, and the BC Place Stadium in Vancouver will then host the HSBC Canada Sevens on 11-12 March.

Afrika, who has scored 1167 career points, missed the Australasian leg of the World Series, where the Blitzboks won back-to-back tournaments in Wellington and Sydney. He was struggling with a knee strain, but is now fully recovered and fit to go.

The inclusion of Afrika is one of two changes to the squad that played in Australasia, with Stephan Dippenaar the other. They replace Seabelo Senatla (DHL Stormers) and Kwagga Smith (Emirates Lions), who have both rejoined their Vodacom Super Rugby franchises.

Dippenaar was a late replacement in Sydney for Werner Kok, who has also recovered from the calf strain picked up there, and will travel to Las Vegas.

Springbok Sevens coach Neil Powell said he was lucky to have experienced campaigners Afrika and Dippenaar back to replace Senatla and Smith.

‘We knew that the time would come for us to play without Seabelo and Kwagga, and that time is now,’ said Powell. ‘The fact that we have two proven players to slot in, is indeed a bonus. Cecil has scored over 1000 points in the series and Stephan has been part of squads that won the Las Vegas tournament in the past, so I am pretty pleased.’

Powell added debutant Stedman Gans to his squad, with the former Junior Springbok and SA Schools back travelling as the 13th player, or official reserve, as per World Rugby agreement.

Gans played for the SA Rugby Sevens Academy in Dubai in December and has been training with the national team since November last year.

‘We have to build some depth and experience in the group and Stedman has proved in training that he is ready to play at this level. Zain Davids showed in Wellington and Sydney that our systems are in place and this will be a good learning curve for Stedman, no doubt,’ Powell said.

The Blitzboks top the overall standings, following three wins in four tournaments. They will be keen to extend their lead in Las Vegas, a venue where they have won three times since 2010, when the US leg of the series moved to Nevada.

The squad will again be captained by Philip Snyman and according to the 41-tournament veteran, the experience of Afrika and Dippenaar will help him.

‘Cecil was playing great rugby in Dubai and Cape Town and Dippies has been part of winning tournaments in the past, so it is great to have them around,’ said Snyman.

‘Both are strong leaders in their own right and will help me in that regard as well. We all know what our roles are and if we execute that, we will be very competitive.’ 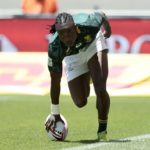 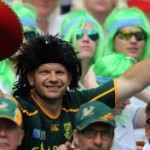