It was a convincing display in the semi-final from head coach Ephraim ‘Shakes’ Mashaba’s boys.

Tshepho Mashigo and tournament top goal-scorer Nhlakanopho Ntuli secured the team a 2-0 advantage at the break. Mashigo completed his brace in the second half to seal the victory over the Angolans.

With Zambia beating Lesotho on penalties (3-1) in the other semi-final, Lusaka will witness a dream showdown at Nkoloma Stadium on Sunday.

The junior Chipolopolo have received great support in all their games during the tournament, and the hosts will face a tough task against the Amajimbos, who boast an unbeaten record with five wins and one draw.

The two teams drew 0-0 during the group phase, but it was a game the South Africans should’ve won as they dominated most parts of the match and missed a penalty.

Mashaba believes South Africa will be confident going into the men’s U17 final, which will be the last match of the 2012 Zone VI Games.

‘We’ve faced most of the top teams and have emerged unbeaten,’ Mashaba told RoadtoRio.co.za. ‘We played really well against Angola and could’ve scored more goals. But we will head into the final against Zambia with confidence.

‘It will be tough, but we have the skill and talent to win the gold medal.’

Meanwhile, the South African U20 women’s football team secured a bronze medal after a 2-0 win over Namibia in the third/fourth-place play-off.

Despite a unbeaten run in the group phase, the Basetsana suffered a disappointing 2-0 defeat against Zambia in the semi-final on Wednesday. This was seen as revenge for the home team, who lost 1-0 to South Africa in the Zone VI Games opener.

Howevr, head coach Sheryl Botes was happy that her team at least finished on a positive note, easing past Namibia to third place. 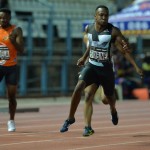 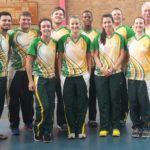 Silver medal for SA at All Africa Championships

Tokyo looms, again, We don’t know for sure in what shape of form the Olympics and Paralympics will take place in July to September and if anything 2020 taught us to take nothing for granted. What we do know is that if Tokyo 2020 +1 does go ahead, it will do so against a new-found back drop where simply taking… END_OF_DOCUMENT_TOKEN_TO_BE_REPLACED