Anaso Jobodwana continued his rise up the sprint rankings and powered through to the final of the 200-metres at the IAAF World Championships in Moscow on Friday.

The joint fastest qualifier in the morning heats, the young South African was runner-up to Olympic champion and record-holder Usain Bolt, automatically booking his place in Sunday’s final.

It took a joint personal best by 0.01sec as he clocked 20.13sec to Bolt’s 20.12sec, the two finishing first and second in their semi-final.

Britain’s Adam Gemili was the sensation of the semi’s as he ran his second personal best of the day, the teenager running 19.98sec to be second fastest into the final behind American Curtis Mitchell (19.97).

He had to end fifth in his semi-final and he did just that in a bruising race that saw him being shoved from behind early on and then again in the dying stages.

In hindsight the shoving wasn’t a bad thing as a shove from behind saw him literally propelled across the line to take fifth in the first semi-final in 3:43.71 behind Olympic champion Asbel Kiprop of Kenya in 3:43.30.

That left Cronje as the slowest qualifier into the final but that won’t worry him at all as he lived to fight another day.

Mokoena looked full of fight as he had gone through to the final with an automatic qualifier of 8.16m.

But he failed to even match that mark in the final, opening with an 8.00m effort but then dipping under that mark for his next three jumps before a 8.01 with his penultimate leap and then closing off his championships with an 8.10 jump.

That was only good for seventh spot though as home town favourite Aleksandr Menkov won with 8.56m from Netherlands’ Ignisious Gaisah (8.29).

All the racing was done in the final stages as Farah burnt off his rivals in the final lap and Gelant was left trailing as he ended 12th in 13:43.58. 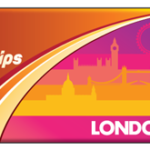