Our Kevin Anderson dug deep to record one of his biggest wins of his career to date when he moved through to the fourth round of the Australian Open in Melbourne on Friday, writes Mark Etheridge.

He is the first South African to reach the the last 16 since Wayne Ferreira in 2003. It’s Anderson’s best progress in his five Australian Opens. Last year he lost in the third round to Czech Republic’s Tomas Berdych.

Anderson also beat Verdasco in the recent Hopman Cup tournament in Perth but this win is way more important in terms of status.

He went into the Open ranked 31st (after reaching the final of the Apia International in Sydney last weekend) and moving into the fourth round of the year’s first Grand Slam is bound to see him march even higher up the ATP rankings.

His fastest service of the day was a 214 kilometre-per-hour effort.

“Winning against Fernando in the Hopman Cup definitely gave me some good confidence for this match,” said Anderson of his victory.

“It was also great to see quite a few South African flags in the crowd and I must thank them for coming out today. That fourth set was tough. At one stage I was serving for the set and suddenly we were in a tiebreaker. So I was happy to get through that and into the next round.”

His fourth round opponent will be fifth seed Berdych, the man who stopped his progress last year, or Austrian Jurgen Melzer, seeded 26th. 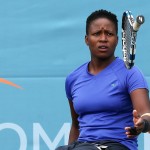 Chani into second round

Tokyo looms, again, We don’t know for sure in what shape of form the Olympics and Paralympics will take place in July to September and if anything 2020 taught us to take nothing for granted. What we do know is that if Tokyo 2020 +1 does go ahead, it will do so against a new-found back drop where simply taking… END_OF_DOCUMENT_TOKEN_TO_BE_REPLACED