Saturday will see Andre Olivier bidding to become the first South African athlete to qualify twice in the 800-metre event for the London Olympics later this year, writes Mark Etheridge.

On Sunday he raced to the first of the qualification criteria with a personal best of 1min 45.20sec in Hengelo, Netherlands.

The A standard qualifying time is 1:45.60 and the Potchefstroom athlete will now need to do that one more time to come into consideration for Team South Africa.

Sharing his qualification efforts with Road to London 2012 on Wednesday, Olivier, 22, said: “The race in Hengelo had a good field. My plan was to sit around about fourth place but then I ended up in seventh or eighth spot. I raced the second and third bend in lane two which was a bit crowded.

“I felt good in the back straight and in that last straight I just gave it my all. I think I could have run 1:44 if had run better tactically. Now I must move on to concentrate on the next race and just do it again!”

A bronze medal-winner at World Juniors in Poland four years ago, Olivier suffered a fractured foot in 2009 and has faced a lengthy period of rehabilitation as he trod carefully on his comeback trail.

His next race will be a small meeting in Belgium on Saturday. “Then I’m running Montueil in France on 5 June and on the ninth, also in France, in Lille.” 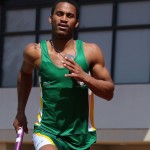 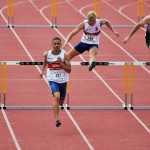 SA athletes in the medals at Dakar Diamond League

Tokyo looms, again, We don’t know for sure in what shape of form the Olympics and Paralympics will take place in July to September and if anything 2020 taught us to take nothing for granted. What we do know is that if Tokyo 2020 +1 does go ahead, it will do so against a new-found back drop where simply taking… END_OF_DOCUMENT_TOKEN_TO_BE_REPLACED