The race is on for places on Team South Africa at this year’s Olympic Games in London and the announcement of the 2012 Yellow Pages track and field series will be music to the ears of our athletes.

Athletics and South Africa and sponsors Trudon have announced details of the series building up to the London Games.

Apart from the Olympics its also the World Junior Championships in Barcelona, Spain from 10-15 July. With the goal of qualifying for the Championships and the Games, the domestic season promises to be an exhilarating one for both senior and junior athletes as they look to qualify for the two high profile international events of the year.

The 2012 Yellow Pages Series will comprise of two Interprovincial events in February and March, followed by three Series meetings in Stellenbosch, Potchefstroom and Tshwane in March and April. In addition to these, a new event in the form of the SA Inter-Club event has been added to the list, while Yellow Pages will continue their sponsorship of the South African Senior Championships and the revised Pages South African Junior and Schools Championships.

Athletics SA and Yellow Pages recently announced that for the first time in the history of South African athletics two major national championships ÔÇô the South African Youth, Junior and u/23 Championships and the SA School Championships – have been combined to form one big event under the ASA umbrella.

ÔÇØThis is big year for South African athletics, both because it is the Olympic Year but also because for the first time Athletics South Africa and South African Schools Athletics are working together to host a joint championships. Not only are the Schools and Junior Championships vital to the selection of a team to the World Junior Championships, but also with the┬á┬áMinister of Sport having laid down the challenge to promote school sport, this initiative is the first step towards finding and developing future Olympic talent by integrating the schools and the federation programme,” said ASA president James Evans.

“We are pleased that Yellow Pages is part of this exciting new development after they have been a loyal and major supporter of Athletics South Africa for a number of years now. Their contribution to South African track & field is greatly valued.”

Last year the Yellow Pages Pot of Gold ÔÇô an incentive worth R200┬á000 was introduced to further motivate athletes to strive for greatness, by setting new South African records during the series.

This year, Athletics SA and Yellow Pages are pleased to announce that athletes participating in the Yellow Pages Series in 2012 will again have the opportunity to share in the Pot of Gold, but this time the criteria to be eligible for a stake in the incentive is limited to athletes who achieve the A qualifying standard for the London Olympics.

Last year 400-metre hurdles ace LJ van Zyl ran off with the jackpot and later went on to win a bronze medal in the same event at the world track and field championships in South Korea. 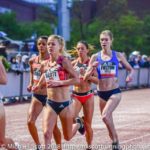 Another track best in the US for SA’s Scott

Olympian Olivier races to another second spot in Europe

By GARY LEMKE in Tokyo On the third day of staying in the Paralympic village bubble “it” finally dawned on me. “It” wasn’t the sheer visual aspect of the 4 000-plus Paralympians with disabilities all in the same environment of towering 17-storey apartments and surrounded by a 4km perimeter fence. Admittedly, that is the initial and most common conclusion of… END_OF_DOCUMENT_TOKEN_TO_BE_REPLACED