Banyana Banyana’s preparations for the international friendly match against Zimbabwe have moved up a gear up with the coach trimming the squad down from 21 to 18 players.

The match against neighbours Zimbabwe will take place on Saturday at Sinaba Stadium in Daveyton and coach Joseph Mkhonza admitted it was a very difficult decision to offload the three players from the original squad.

“This was not an easy process. I didn’t know who to leave behind and to be honest it was a very difficult decision to make. The three players I dropped were just unfortunate but the door is not shut on them; they should just continue training hard and they will be rewarded,” said Mkhonza.

The Sasol-sponsored senior women’s national team is in high spirits following the 5-0 thrashing of Mozambique in an international friendly match played at the Kanyamazane Stadium in Nelspruit on Sunday.

The friendly against Mozambique allowed the Banyana Banyana mentor to experiment with new combinations and at the same time award five new players with their first caps.

“Following yesterday’s (Sunday) excellent performance, I believe we are growing into a formidable squad. I gave five new players some international experience and I personally felt their performance was outstanding though there are still areas that need attention. But with time, that can be worked out.

“Given what we have seen over the past two weeks, we have the potential to grow as a national team and rise in rankings on the continent as well as in the world.” said Mkhonza. 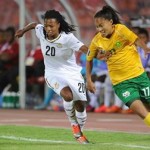 Do or die match for Banyana in Namibia 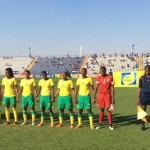 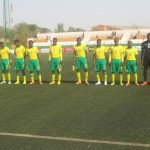 Amajimbos fight back to draw after two-goal deficit

Tokyo looms, again, We don’t know for sure in what shape of form the Olympics and Paralympics will take place in July to September and if anything 2020 taught us to take nothing for granted. What we do know is that if Tokyo 2020 +1 does go ahead, it will do so against a new-found back drop where simply taking… END_OF_DOCUMENT_TOKEN_TO_BE_REPLACED