Our wheelchair basketballers’s feet have barely touched the ground as they prepare for the mother of all tests at the 2012 Paralympics.

Since arriving in the Olympic Village on Wednesday, Patrick Fick’s men have played two ‘friendlies’ against Spain and Colombia as warm-ups.

They went down in both although no official scores were taken but gained valuable experience ahead of their opening match against Australia on Thursday.

Their second match against Colombia was played at the practice arena on Friday night.

Said coach Fick; “We started off very nicely and applied good defensive pressure and their coach was getting mad at them.

“But then in the third quarter they took things to a different level and we went through a stage of about 14 minutes where we could barely score.

“The good thing about these games is that everyone has had a run and has now got into the swing of things.”

The only injury problem for the Amawheelaboyz is Kobus Oeschger, the 41-year-old guard being a doubtful starter for the first game.

“He seems to have a pinched nerve in his neck,” explained Fick. “We’ve had physio and an MRI scan but he may have to resort to a nerve blocker if it doesn’t improve. He can practice but he’s not happy and may miss a game.”

South Africa are certainly in a group of death as they play world and Olympic champions Australia in the opening fixture. Then follow games against Spain, USA, Italy and Turkey.

Spain are Europe’s third-ranked side, the USA are in the world’s top four, Italy reached the final of the European championships and Turkey are also exceptionally strong.

Fick reckons his money may well be on the USA to take overall honours. “We don’t know a helluva lot about them but they are ridiculously quick and are going to be hard to beat.”

The coach will be hoping that technical coach Franck Belen’s expertise will bring added value to the SA campaign. “He has such technical knowledge and I’m hoping that could make the difference in key areas.”

South Africa came into the Paralympics as 12th and lowest ranked side and everyone know that on paper they are on a hiding to nothing and hard to see where points are going to come from but the coach will be hoping to catch Spain or Italy (or both in fact) on a bad day.

“If we could win one or both of those it could see us going into the fifth-eighth place play-off which would be absolutely brilliant,” said Fick. 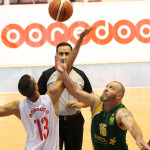 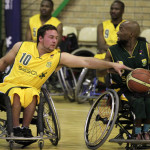 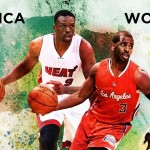