Jon Cook reports that Louise Versavel slapped home the winner with 15 minutes left after a well-struck cross from the right.

Stephanie de Groof converted both of Belgium’s first-half penalty corners, while SA ÔÇô who led the penalty corner count 5-2 at the interval ÔÇô got on to the scoresheet through well-taken goals from Jade Mayne’s backhand blast and the alert Lilian du Plessis, the latter off a rebound, the South Africans fighting back from a goal down on both occasions.

Both sides had goals disallowed but SA suffered the mortification of seeing Izelle Lategan’s slashing strike from the left side of the strike zone in the second half smash into the post and stay out.

Going into the match South Africa were looking for a morale-boosting win ÔÇô and Belgium a series whitewash ÔÇô ahead of the World League round two competition that kicks off at Hartleyvale on Monday, the South African campaign beginning against Ghana at 7pm on Tuesday.

The South Africans will be boosted by the return of captain Marsha Marescia, on 299 Test caps going into the Ghana clash, and world record goalscorer Pietie Coetzee, on 248 goals in 250 Tests. South Africa’s superstars will also be available for the Investec Challenge that follows at Hartleyvale in the first week of February and includes world number one and 2012 London Olympic Games gold medallists Holland, world number four and 2012 Olympic Games bronze medallists England, as well as Oceania powerhouse the Hockeyroos of Australia.

SA won the fourth Test penalty corner count 9-4 and were comfortably the overall winners of the majority of these set-piece opportunities to score goals in this series. The most frequent method in which goals are scored in hockey was not SA’s strong point though and the return of drag-flick ace Coetzee, as well as Marescia’s contribution to the set-piece, will boost the girls in green and gold’s chances of netting considerably.

Both keepers were kept busy in the end-to-end goalmouth action but the strikers got enough past them to have been reasonably satisfied with their afternoon.

After SA keeper Sanani Mangisa had saved from Jill Boon, De Groof stepped up to power in a rasping flick off Belgium’s first penalty corner that ricocheted off the stopper’s body into the net. At 1-0 down after 10 minutes, SA hit back five minutes later when Quanita Bobbs fed an early pass to Mayne who fired a stunning backhand shot from the edge of the strike zone.

Despite SA playing a more patient, measured game than in the previous Tests, Belgium went ahead again via the stick of De Groof at their second penalty corner after Mangisa had saved twice at point-blank range.

More heartache for our hockey sides in The Hague 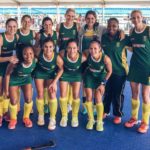 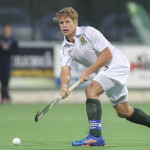 SA sides both go down to Belgium in Summer Series

By GARY LEMKE in Tokyo On the third day of staying in the Paralympic village bubble “it” finally dawned on me. “It” wasn’t the sheer visual aspect of the 4 000-plus Paralympians with disabilities all in the same environment of towering 17-storey apartments and surrounded by a 4km perimeter fence. Admittedly, that is the initial and most common conclusion of… END_OF_DOCUMENT_TOKEN_TO_BE_REPLACED