MTN-Qhubeka’s Edvald Boaason Hagen sprinted to his second fifth-placed finish in Wednesday’s fifth stage of the Tour de France.
That after Lotto-Soudal’s Andre Greipel got his second stage win in this year’s tour as the riders completed a 189.5km ride from Arras to Amiens Metropole.
With just under 100km to go, the race was all together with no other riders keen to leave the shelter of the bunch again. The rain and wind intensified in the latter half of the stage, causing for the road surface to become rather slippery. A number of crashes plagued the main group, with Tyler Farrar and Reinardt Janse van Rensburg both needing bike changes after crashing.
BMC Racing upped the tempo in the crosswinds with around 70km to go, causing the peloton to split in half. MTN-Qhubeka had Boasson Hagen, Farrar, Reinardt, Jacques Janse van Rensburg and Daniel Teklehaimanot all represented in the front half and even though all five of their riders would be caught up in another crash with 23km to go, they made it back to the lead group in time to contest the sprint finish.
MTN-Qhubeka prepared the sprint for Boasson Hagen, bringing the Norwegian rider to a good position from 5km to go and onward. As the sprint opened up he came from fourth wheel and tried to move up the right of the road next to the barrier. Alexander Kristoff (Katusha) closed the door on Boasson Hagen somewhat and the team’s fast-man had no way through in the end, having to settle for fifth on the line.
The TDF is not for sissies, as Africa’s first team to take part are fully aware. Said Reinardt afterward:’ Crazy day!! Involved in three crashes, but able to get back in time for the final to help EBH. Fifth for him and an unlucky 13th for myself.
As for Boasson Hagen: ‘It was another stressful stage but for the most part I was able to stay in the front and when there was a split we had good representation in front. I was feeling good but the original plan today was to ride for Tyler. All of us actually crashed near the end but we also all got back to the front okay.
‘Daniel did well to help bring me back quickly and then the other guys also got back. After the crash the plan for the sprint had to change and we would now ride for me. I was in a good position on Kristoff’s wheel and I made my sprint down the right. There soon became no space for me to move up anymore against the barrier but I am happy with how I am feeling and the team was great today.’
MTN-Qhubeka are still 14th in the General Classification team standings, 13:33 behind BMC Racing.
Thursday’s sixth stage is a 191.5km ride parallel with the English Channel, starting in Abbeville and ending in Le Havre with a tricky uphill finish in the last kilometre. 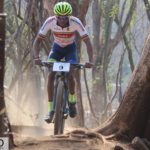 Mokgopo spreads inspiration on and off the bike

By GARY LEMKE in Tokyo On the third day of staying in the Paralympic village bubble “it” finally dawned on me. “It” wasn’t the sheer visual aspect of the 4 000-plus Paralympians with disabilities all in the same environment of towering 17-storey apartments and surrounded by a 4km perimeter fence. Admittedly, that is the initial and most common conclusion of… END_OF_DOCUMENT_TOKEN_TO_BE_REPLACED