The inaugural Team Time Trial race, was open to South Africa’s top clubs and the SA continental teams, saw only four teams line up to take the challenge that started at Kaapmuiden and finished at the Mbombela Stadium.

The polished Team Bonitas set themselves apart from the rest of the field when they claimed the national title by a winning margin of 2min 26sec. Darren Lill, Ian McLeod, Johann Rabie, Johannes Kachelhoffer, Tyler Day and Jason Bakke formed the successful sextet who completed the 47.8 kilometre course in 1:02:56.9.

Team owner Malcolm Lange from Lange Sports (who runs Team Bonitas),┬á said everything went according to plan: ÔÇ£The guys did a good job today ÔÇô they trained really hard for this and it paid off.

ÔÇ£Early on, they were about two minutes down on time, but the guys turned on the gas about half way through the course and ended up finishing with a two-and-a-half minute lead. ┬áCompliments must go to the team captain Ian McLeod who kept it all together ÔÇô we lost Tyler (Day) at the 20 km mark, but by keeping the rest of the team together they had good horse power in the end.ÔÇØ

Lange feels that the TTT is an important aspect of road cycling racing preparation as it teaches the team to race together, and it involves specific training and equipment. ÔÇ£The team is only as strong as their weakest member,ÔÇØ he said.

With the first two days behind them, Team Bonitas are now looking ahead to Sunday’s road race where Darren Lill will be looking to defend his national jersey.

Event organiser Hendrik Wagenaar was very happy with how today’s race panned out. ÔÇ£Everything was perfect and the inclusion of the Team Time Trial added some excitement to the event and was very well received. Following the great success, I think that this race will be far better supported next year.ÔÇØ

The weekend’s racing is set to continue entertaining families, supporters and cycling fans when the women’s road race takes to the streets on Saturday with the men’s road race closing out the proceedings on Sunday.

Warmback in hot water over steroids 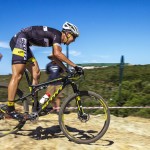 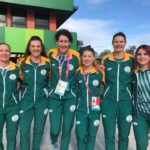