The South African surfing team remains in contention for both individual and team medals at the halfway point of the Claro ISA 50th Anniversary World Surfing Games after a grueling day of sudden-death Repercharge rounds held in solid waves and sunny skies at Punta Rocas in Peru on Tuesday.
David Brand flew the SA flag high by battling his way through two tense encounters, placing second in his Repercharge Round Two heat, where he was assisted by two of his opponents being penalised for inference, and then posting a comfortable heat victory in his next clash to join teammate Casey Grant in Repercharge Round Four.
David van Zyl was not as fortunate, losing out in his Repercharge Round Two heat by the narrowest of margins. Needing an attainable 5.44 to secure second place and a spot in the next round, Van Zyl scrambled into three waves in the last five minutes of the heat, with the last ride looking like he had got the score.
But he was awarded 5.43 by the judges, losing out by just 0.01 of a point, to become SA’s first casualty in Peru. The Durbanite finished in equal 49th place overall and has contributed 960 points to the team total.
Tanika Hoffman was the only other South African in action yesterday and after uncharacteristically slipping into the Repercharge rounds after her Round One heat on Monday, the vastly experienced national team member made sure that she remained on track in the event by posting a comfortable heat victory and advanced to Repercharge Round 2.
On a day when nearly 50 competitors were eliminated from the event, Peru was the only team to emerge with all their members still in contention. The hosts head the provisional rankings going into the second half of the championships followed by Argentina and Chile in equal second, South Africa, Ecuador and Puerto Rico in equal fourth and Australia in seventh place.
Wednesday’s action in Peru will feature Faye Zoetmulder and team captain Michael February competing in their respective Qualifying stream heats before  Brand, Casey Grant and  Hoffman go to work in the Repercharge rounds to keep their campaigns on track. 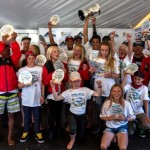 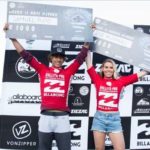 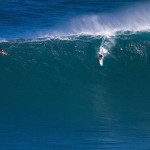 SA’s Baker back to Hawaii to take on monster waves

Tokyo looms, again, We don’t know for sure in what shape of form the Olympics and Paralympics will take place in July to September and if anything 2020 taught us to take nothing for granted. What we do know is that if Tokyo 2020 +1 does go ahead, it will do so against a new-found back drop where simply taking… END_OF_DOCUMENT_TOKEN_TO_BE_REPLACED