Chani Scheepers capitulated on the clay courts of Rome on Thursday, going down to China’s Na Li in the third round of the Internazionali BNL d’Italia tournament, writes Mark Etheridge.

Scheepers fought bravely in the first set, coming back from 2-5 down to level but then went down 7-3 in the first-set tiebreak.

The match lasted an hour and 34 minutes on the Supertennis Arena and Li was the only one to make an impression in the aces category, firing down two to Scheepers’ none.

Li now comes up against 14th seeded Dominika Cibulkova of Slovakia in the quarter-finals. 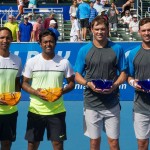 SA’s Klaasen makes another doubles final in the US 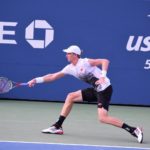 Anderson through, Harris falls at US Open 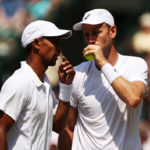 SA’s Klaasen one match away from Wimbledon glory

Tokyo looms, again, We don’t know for sure in what shape of form the Olympics and Paralympics will take place in July to September and if anything 2020 taught us to take nothing for granted. What we do know is that if Tokyo 2020 +1 does go ahead, it will do so against a new-found back drop where simply taking… END_OF_DOCUMENT_TOKEN_TO_BE_REPLACED