ÔÇ£George waived his right to attend his hearing, which went ahead anyway on 1 Dec,ÔÇØ says Khalid Galant, CEO, Institute for Drug-Free Sport. ÔÇ£He admitted guilt prior to the hearing and preferred the sanction to be determined as soon as possible. The athlete has the right to waive his participation in a hearing without prejudice.ÔÇØ

The hearing was conducted by an independent tribunal. ÔÇ£In addition to the ban, any points or prize money obtained after the 5th Nov is forfeited and monies have to be repaid,ÔÇØ Galant adds. ┬áÔÇ£Money has to be repaid to race organisers of the Cape Pioneer Trek MTB race, which David George/ Kevin Evans won after Nov 5th and results will have to be re-issued.ÔÇØ

Commenting on the sentence George received, Galant says: ÔÇ£George claims his EPO doping was isolated to himself and he could not provide us with information in terms of an infrastructure of doping. ┬áHence he received the standard two-year ban, as there were no grounds for a reduction in this sanction.ÔÇØ

However, Galant says that George has committed to assist SAIDS in its test planning so that SAIDS target testing can be even more robust in addressing doping in endurance sport. ┬áÔÇ£As a former professional cyclist he provides a unique lens into how our test distribution planning can mitigate against high doping risk periods and what is going through the minds of athletes when they attempt to beat the system,ÔÇØ he says. ÔÇ£We welcome this commitment from George as part of attempt to atone for the doping offense to the cycling community.ÔÇØ

SAIDS warned the sports community a year ago that they would be vigorous in their testing of both the blood and urine of SA’s top athletes. ÔÇ£We will continue to aggressively target EPO dopers and we will be increasing ‘out of competition’ testing of cyclists for EPO, a hormone that artificially increases the red blood cell count therefore increases the athlete’s oxygen carrying capacity, and, in turn, enhances performance,ÔÇØ says Galant.

Galant says that SAIDS will be increasing the quantity of testing not only to cycling but also to other endurance sports like triathlon, running and canoeing. ┬áÔÇ£The monies pledged by Nedbank and other companies to clean up sport will be exclusively used for testing,ÔÇØ he adds.

George, one of SA’s top cyclists, a former Olympian, a podium finisher in the Cape Epic, and a former Lance Armstrong teammate on the US Postal Service Cycling team 1999-2000, tested positive in an out-of-competition test conducted by the South African Institute for Drug-Free Sport on 29 August 2012.

The athlete biological passport is an essential tool in the fight against doping. ÔÇ£His biological passport, which analyses the athletes blood profile, indicated suspicious activity that triggered a targeted EPO test which showed possible manipulation of the blood profile and a subsequent urine test came back positive for the banned EPO drug,ÔÇØ says Galant. 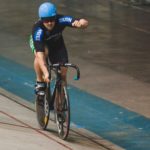 Croeser ends Under-23 career, now for the Olympic dream

Tokyo looms, again, We don’t know for sure in what shape of form the Olympics and Paralympics will take place in July to September and if anything 2020 taught us to take nothing for granted. What we do know is that if Tokyo 2020 +1 does go ahead, it will do so against a new-found back drop where simply taking… END_OF_DOCUMENT_TOKEN_TO_BE_REPLACED