South Africa’s national Under-23 men’s team coach Owen da Gama, has named a 22-man squad to face Brazil in an international friendly match scheduled for 27 March in Macei, Brazil.
The match kicks off 12.30am on Sunday morning (SA time).
The clash is part of preparations for both teams ahead of the 2016 Rio Olympic Games in August. It’s also a clash that will give the visitors a taste of what to expect when the tournaments starts.
Da Gama’s charges last played in December last year in Senegal when the team qualified for the Olympic Games and he has kept the bulk of that team that qualified when they beat the hosts on penalties.
Da Gama has managed to secure the services of three overseas-based players – defender Kgosietsile Ntlhe (Peterborough United FC, England); midfielder Lebogang Phiri (Brondby FC, Denmark) and striker Lebogang Mothiba (FC Lille, France).
‘You can never ask for a better opposition than this,’ said Da Gama. ‘First of all, we will be able to measure ourselves with some of the best players at our level, and secondly we will get a glimpse of what to expect when we return to Brazil for the Games. I’m very happy that we were able to secure this all-important fixture.’
‘I believe, with my technical team, we have selected a very strong squad that will show what we are capable of. No one will walk into the team; everyone has to work for his position.’
The SA U23s will assemble on Monday and leave for Brazil two days later.
They will arrive in Maceio the following day (Thursday, 24 March).
Meanwhile, the draw for the Olympics will be conducted on 14 April at the Maracana Stadium, Rio de Janeiro, Brazil starting at 3.30pm (SA time) 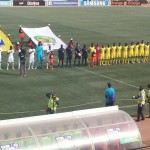 Van Wyk expected to join the fray against Black Queens 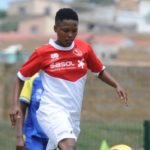 Women’s League kicks off in Gauteng

By GARY LEMKE in Tokyo On the third day of staying in the Paralympic village bubble “it” finally dawned on me. “It” wasn’t the sheer visual aspect of the 4 000-plus Paralympians with disabilities all in the same environment of towering 17-storey apartments and surrounded by a 4km perimeter fence. Admittedly, that is the initial and most common conclusion of… END_OF_DOCUMENT_TOKEN_TO_BE_REPLACED