Banyana Banyana captain Amanda Dlamini scored the only goal of the match to give her side victory over Zimbabwe in an international friendly encounter played at the Dobsonville Stadium in Soweto on Saturday.

Dlamini headed home six minutes into the second half from a neatly played cross from the right hand side of the field, from second half substitute Silindile Ngubane, who was making her Banyana Banyana debut.

Banyana Banyana goalkeeper Thoko Mndaweni pulled off several superb saves to deny the Zimbabweans from equalising, and was deservedly named as the Sasol Diski Queen (Player of the Match).

Banyana will face the Zimbabweans again on Tuesday (3pm kick-off) with the matches forming part of the national team’s preparations ahead of the eight nation CAF African Women Championship to be played in Equatorial Guinea from 28 October 28 to 11 November.

Banyana Banyana have been drawn in Group A and will face hosts Equatorial Guinea in Malabo on 28 October, Senegal in Malabo on 31 October, and will travel to the island city of Bata for their encounter with DR Congo on 3 November.

Successful group stage results will see the South Africans play in the semi-finals in either Malabo or Bata on 7 November, with the 3rd/4th place playoff and the title decider both scheduled for Malabo on 11 November.

Speaking after the match, Banyana Banyana head coach Joseph Mkhonza said: ÔÇ£The Zimbabweans are always a tough side to play, either at home or away but the match gave us an opportunity to try out several combinations ahead of the CAF African Women Championship.ÔÇØ

The win over the Zimbabweans, ended Banyana Banyana’s run of reverses against their neighbours, having lost in the Cosafa Cup final and the Unity Day celebrations, both played in Harare last year. 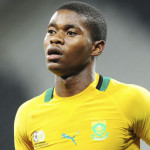 Masuku hits the mark as SA move closer to Rio 2016 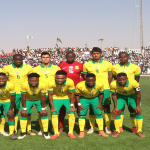 Da Gama’s U23 football boys go down in Sudan 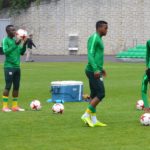 Amajita regroup for U20 World Cup tie against Italy

By GARY LEMKE in Tokyo On the third day of staying in the Paralympic village bubble “it” finally dawned on me. “It” wasn’t the sheer visual aspect of the 4 000-plus Paralympians with disabilities all in the same environment of towering 17-storey apartments and surrounded by a 4km perimeter fence. Admittedly, that is the initial and most common conclusion of… END_OF_DOCUMENT_TOKEN_TO_BE_REPLACED