BMX cycling ace Kyle Dodd has returned from the United States and claimed the first and second legs of the Cycling SA Grand National series.

Racing took place over Easter weekend in Germiston. The BMX commission implemented a new racing format, which was met with great satisfaction from the riders and made for exciting racing over the course of the weekend. The 17-24 and elite classes were grouped together, and the BMX competitors with the best positions from each of the three qualifying heats split into the A, B and C Mains.

Higher points were earned in the A main compared to the B and C respectively, with a field of 25 riders vying for the top spot.

Dodd’s recent stint in the US was a good learning curve for the up-and-coming star. ÔÇ£It was a really good trip,ÔÇØ said Dodd. ÔÇ£I spent two months in the ‘States but only raced in two big races. I am learning a lot in my new category (elite). I always knew the class would be tough and I can see now how fast I have to be.ÔÇØ

Local competition is always a worry when racing at home though. ÔÇ£I have high expectations since returning from the U.S trip,ÔÇØ continues Dodd, pictured right.

ÔÇ£It is always nice to race at home, and the Grand Nationals in Germiston was awesome and it was the most amazing weekend. The riders are training hard, and the track was simply awesome and suited me 100%.ÔÇØ

Dodd won five out of six races on both days, and won all of his mains. There were three normal qualifiers and three mains raced on each day. ÔÇ£It was a good solid weekend of racing and I had good starts with good power.ÔÇØ

Dodd plans to return to the US in September where he will participate in the Disney Classic and the Grands, which sees two-to-three thousand participants and is one of the biggest events held there each year.

The next event on the national BMX calendar are the third and fourth legs of the Grand Nationals, which will be held in KwaZulu-Natal on 29-30 June 2013. 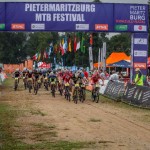 Another star for World Cup event

Tokyo looms, again, We don’t know for sure in what shape of form the Olympics and Paralympics will take place in July to September and if anything 2020 taught us to take nothing for granted. What we do know is that if Tokyo 2020 +1 does go ahead, it will do so against a new-found back drop where simply taking… END_OF_DOCUMENT_TOKEN_TO_BE_REPLACED