Organisers of July’s Berg River Canoe Marathon have moved to reassure paddlers that the event will go ahead, despite the crippling drought that is gripping the Western Cape.

Water levels in the Berg river between Paarl and the lower tidal reaches of the river are extremely low, and the feeder dams are equally depleted.

‘We are committed to holding the race as planned from 12-15 July, but we will keep a close eye on the water situation and adjust the race route if needed,’ said race committee chairman Andre Collins.

‘This is not new,’ he added. ‘We have had to do this often in the past when the river has been too low or if a section of river is not paddleable, due to vegetation growth for example.’

‘This will impact heavily on the races on the sections of the river that lead up to the Berg Marathon, and will make training on the river difficult,’ he said.

‘As all paddlers know, river conditions can change overnight after one heavy rainfall, and there is enough reason to believe that this may happen to allow us to continue to focus on staging the race in mid-July,’ he added.

‘If there are any adjustments to the race course that are necessary, then we will make those in the days before the race.

‘As we have done before, these changes will be done with the intention of keeping the overall distance of the race, and the character and unique challenges of the Berg in place,’ said Collins.

He thanked the paddlers for their patience and understanding and paid tribute to the paddlers that had already entered the race, knowing the full severity of the drought.

The Berg River Canoe marathon starts in Paarl and ends at Velddrif on the West Coast. 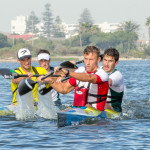 McGregor and Mocke mop up at Ozzie Gladwin 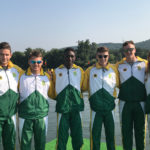 Six of SA’s best in Romania for worlds

By GARY LEMKE in Tokyo On the third day of staying in the Paralympic village bubble “it” finally dawned on me. “It” wasn’t the sheer visual aspect of the 4 000-plus Paralympians with disabilities all in the same environment of towering 17-storey apartments and surrounded by a 4km perimeter fence. Admittedly, that is the initial and most common conclusion of… END_OF_DOCUMENT_TOKEN_TO_BE_REPLACED