Western Province’s James Evans was re-elected as President of Athletics South Africa at the quadrennial elections held at the Garden Court OR Tambo with Olympic marathoner Hendrick Ramaala winning the race for the Vice-President.

Evans and Harold Adams were the only two candidates standing for the position of President as Ramaala, Motlatsi Keikabile and Aleck Skhosana withdrew before voting commenced.┬á Evans received 33 votes with Adams second, receiving 24 of the votes.

ÔÇ£It is pleasing to see that the current board was on the right track and members are voting for continuity,ÔÇØ said Evans shortly after being re-elected.

With a total of 31 votes, Hendrick Ramaala was elected as Vice-President against the 26 of Geraldine Pillay. Adams, Motlatsi Keikabile and Aleck Skhosana withdrew their nominations, leaving the race between Pillay and Ramaala.
Provinces had two votes each; the seven associate members, the members of the four commissions (track and field, road running, cross country, athletes) and the board members each one vote.┬á Voting took place by means of ballot under supervision of SASCOC, the country’s Olympic governing body. 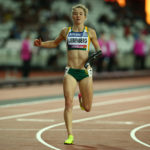 SA trio off to quick start at IPC World Championships 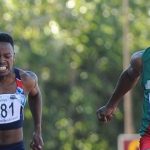 Team SA track and field trio tune up in Budapest 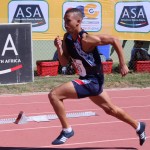 Hanekom hoping to be part of hurdles final action in Rio

By GARY LEMKE in Tokyo On the third day of staying in the Paralympic village bubble “it” finally dawned on me. “It” wasn’t the sheer visual aspect of the 4 000-plus Paralympians with disabilities all in the same environment of towering 17-storey apartments and surrounded by a 4km perimeter fence. Admittedly, that is the initial and most common conclusion of… END_OF_DOCUMENT_TOKEN_TO_BE_REPLACED