South Africa have completed the semi-final line-up at the 2013 COSAFA Under-20 Youth Championships in Lesotho as they topped Group C following the final round of matches on Tuesday.

South Africa and Namibia played to a 0-0 draw in their pool decider in a wet Maseru, with the former dominating the match but unable to get a winning goal.

It mattered not though as the point they gained meant they topped the pool and will now meet Group A winners Kenya in the semi-finals.

The winners of Group B, Angola, will face off against the top side in Group D, Zimbabwe, in the second semi-final. Both games will be played in Maseru on Thursday.

The point also means that Namibia finish second in the pool, with Zambia third after they beat Seychelles 4-0 in a dead-rubber clash in Mafeteng.

After Young Chipolopolo had two goals disallowed in quick succession in the first half, the teams turned at 0-0 at the break.

But Spencer Sautu finally broke the deadlock for Zambia when he scored on 52 minutes, before the unfortunate Danny Madelene netted an own goal to make it 2-0. Ackim Mumba scored the third on 67 minutes and the scoring was complete five minutes from time when Langson Mbewe netted.
Zambia have won the last three editions of the COSAFA Under-20 Youth Championships but bow out in the first round despite Tuesday’s impressive victory. 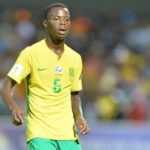 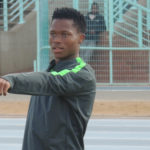 Amajita’s Kodisang: We have to work as a unit

By GARY LEMKE in Tokyo On the third day of staying in the Paralympic village bubble “it” finally dawned on me. “It” wasn’t the sheer visual aspect of the 4 000-plus Paralympians with disabilities all in the same environment of towering 17-storey apartments and surrounded by a 4km perimeter fence. Admittedly, that is the initial and most common conclusion of… END_OF_DOCUMENT_TOKEN_TO_BE_REPLACED