One day out from the opening ceremony and Block C7 of the Youth Olympic Games Athletes’ Village is home from home for Team South Africa.

General Team Management (GTM) member, Ezera Tshabangu has expressed her happiness with the village environment. She updated SASCOC Road to Rio with the team’s happenings.

‘The team arrived at the village on Wednesday and settled into Block C7. It is quite near to the dining hall and transport mall.

‘However, the International Olympic Committee (IOC) has now closed the gate.

‘This is to allow people to walk a bit more and to experience the Cultural Village which has booths for all continents and countries. I’m happy to say that the team has settled in very well and started their training schedules the day after their arrival.’

Tshabangu went on to report that the SA area had been a hive of activity.
‘The team has managed to utilise the space allocated to create medical consulting rooms, physiotherapy treatment rooms as well as an office.

‘The team had its first Code Managers meeting on Thursday evening to go through all relevant issues pertaining to the village, training and competition schedules, athletes day to day requirements, etc.

‘There were no major challenges except for the fact that we are discovering that some of the venues were actually further than indicated on the venue distances.

‘Some of the athletes have already activated their YOGGER sticks which will allow them to connect with all the other athletes from around the world, through a unique social network.’

And while the serious business of winning some medals for Team South Africa will only begin on Sunday, already some of the green and gold brigade are winners.

Said Tshabangu: ‘Some of the athletes participated in the Culture and Education Programme and have won some of the prizes.’ 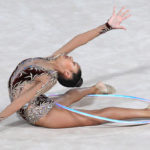 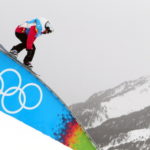